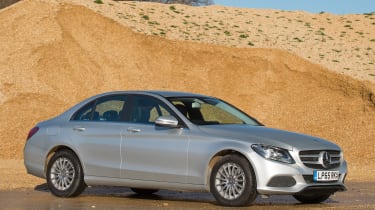 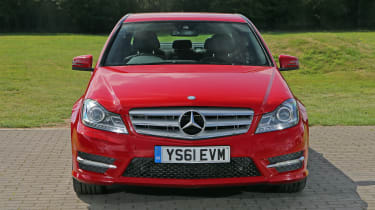 A facelifted C-Class arrived in September 2012, featuring new model names. Most got extra standard kit. At the same time, the C180K BlueEfficiency replaced the C180K with an all-new supercharged 1.6-litre petrol engine that was significantly more economical than its predecessor.

All C-Class engines and transmissions are good. Automatics tend to be easier to sell; some cars got a five-speed auto gearbox, while others had seven speeds. Unless you cover big annual mileages, don’t dismiss a petrol-engined car. The smaller units are surprisingly economical and a lot cheaper to buy than equivalent diesel editions. 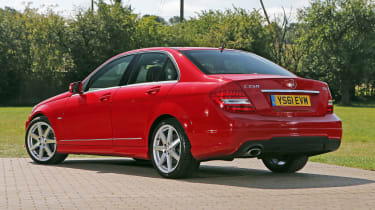 Desirable extras worth seeking out include leather trim, intelligent lighting and the COMAND multimedia system.

Alternatives to the Mercedes C-Class Mk3

The Mercedes’ key rivals have long been seen as the Audi A4 and BMW 3 Series. Both are solidly constructed, available with some superb engines and transmissions, and are good to drive but costly to buy.

While the BMW is more of an enthusiast’s favourite due to its superior dynamics, both BMW and Audi are available with four-wheel drive, which improves their towing abilities.

The Mazda 6 is more affordable than the BMW and better equipped, plus it’s a joy to drive; it’s also available in saloon and estate forms, albeit with a limited engine range. Also worth a look is the reliable Mk2 Lexus IS (2005-2013), which is packed with standard equipment and came with just a 2.5 V6 petrol or 2.2-litre diesel engine. 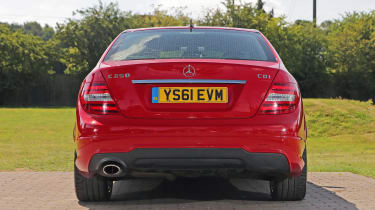 There are two types of leather used for the interior – imitation and the real thing. It’s all durable, but the former isn’t as comfortable as the latter.

The instrumentation can be unreliable because the LEDs and backlighting can fail, leading to odd displays. It should have been fixed under warranty.

Manual and auto boxes are loved and hated equally, plus the foot-operated parking brake is an acquired taste. A thorough test drive is essential.

Don’t expect to achieve the official fuel consumption figures. Nothing unusual there, but Mercedes’ claims can be even more optimistic than rivals’. 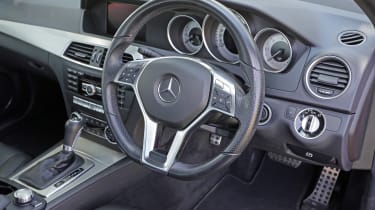 With loads of seat and steering adjustment it’s easy to find a comfy driving position and there’s decent rear space for two – but the sloping roof cuts into headroom. The dash is busy but easy to use, while boot space is very good at 475 litres – up to 1,500 litres in the estate with the seats folded.

All C-Classes need maintenance every 12 months or 15,500 miles, with services alternating between minor and major, priced at £240 and £380 respectively for petrol cars, and £270 and £390 respectively for diesels. 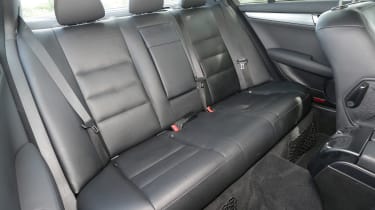 The C-Class Mk3 has been recalled 15 times, from November 2008 to January 2014. Several were due to potential fuel, Adblue, power steering or oil leaks; three were because the engine could refuse to start or shut down while the car was being driven, all for different reasons.

Airbag glitches prompted three recalls, while incorrect front brake discs being fitted on the production line led to a campaign in November 2010. Unsecure front seats and possible steering failure accounted for the rest.

The Mk3 C-Class was 12th in our Driver Power 2017 used car survey. Its worst score was for economy and running costs (48th), while the highlight was fifth place for connectivity and infotainment.