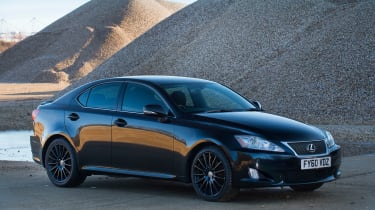 2019 will mark the 30th anniversary of Toyota introducing the Lexus brand. Its first car was the LS 400, a model that offered the latest tech, plus incredible reliability and astonishing refinement, but little driver appeal.

Since then Lexus has launched a raft of other models, including the IS in the compact executive segment. The first generation came with petrol power only, but bowing to market forces the second version had a diesel engine, too.

As a budget luxury small family car there’s plenty to like about the IS Mk2, especially the keen prices. But there’s also plenty to watch out for, which is unsurprising given that many of these cars are now around a decade old. 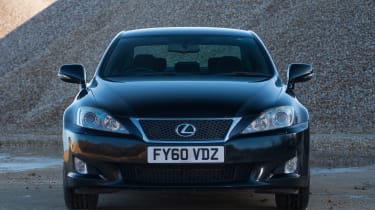 A facelift in November 2008 (for all but the IS-F) brought a revised nose, an overhauled dash and a new SE-I trim between SE and SE-L specs. The IS 250C coupé-cabriolet hit showrooms in July 2009, in 2.5-litre petrol form only.

The IS 250 is thirsty but nicer to drive than the diesels, plus it’s more refined. And although it was initially offered as a manual, virtually all IS 250s are autos. 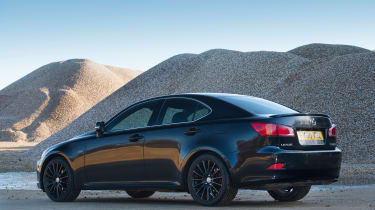 The diesels came in manual form only and while these are frugal, they’re not as refined as you’d expect a Lexus to be and the manual box is poor. All ISs are well equipped; standard across the range are eight airbags, cruise control, a 13-speaker stereo, climate control plus alloy wheels. SE models add leather trim, heated and ventilated seats, automatic wipers, xenon lights, front and rear parking sensors and an electrically adjustable steering column.

Alternatives to the Lexus IS Mk2

BMW’s 3 Series is the most desirable IS rival thanks to its wide array of engines and bodystyles. Build quality is generally superb and the 3 Series is also renowned for its sharp dynamics.

A slightly cheaper rival is Audi’s A4, which is available with some brilliant petrol and diesel engines, along with four-wheel drive, which is why the German model makes a superb tow car.

The Mercedes C-Class is another premium family car that’s plentiful and comes in numerous guises, but running costs can be high. Unlike the Lexus, all of these German rivals come in saloon or estate forms. But don’t overlook the Mazda 6 which is great to drive, looks sharp and is well equipped, too.

Alloys are prone to lacquer bubbling and blistering, as well as corrosion, especially if they’re not cleaned regularly.

Power steering can be unreliable, so make sure there’s a consistent feel as you turn the wheel; check for leaks too.

IS 220ds built before the November 2008 facelift can suffer from turbo lag and a lack of power below 2,000rpm.

Interior trim isn’t always as well screwed together as you’d hope; listen out for door panel and dash rattles. 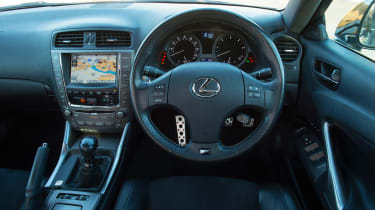 Front-seat occupants will be comfortable, but those in the back don’t get much head or legroom. Build quality is generally good with plenty of premium materials, but the over-fussy design can make the dash hard to use. Boot space also isn’t very good, at just 378 litres; the contemporary 3 Series could accommodate 460 litres of luggage.

All engines are chain-driven, so cambelts don’t need replacing. Brake fluid should be changed biannually and the coolant after 100,000 miles or 10 years (then every 60,000 miles). This is included in the costs given. 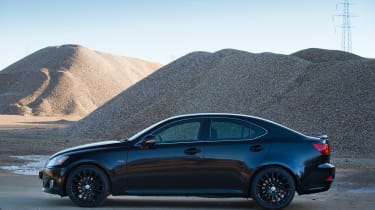 Six recalls isn’t a disaster. The first came in July 2006 and affected just 11 cars with faulty airbags. A recall in April 2008 focused on possible fuel leaks, with brake fluid leaks prompting another in November 2010.

Fuel leaks were behind an IS 250 campaign issued in February 2011, while faulty IS 250 wipers were fixed in April 2013. In November 2014 petrol-engined ISs were recalled because of potential fuel leaks.

The IS Mk2 last appeared in a Driver Power survey in 2016, when it came 85th; the highest score it ever achieved was 18th in 2009. In-car tech, seat comfort and build quality were the stars of the show, while running costs and practicality were the sticking points. Ride quality and ease of driving were ranked mid-table.

For many the IS would appear to be the perfect car; ergonomically sound, well equipped, comfortable and very good value thanks to some low prices. The IS is also pretty reliable, but the narrow model range means you have to choose between a thirsty petrol engine or a noisy diesel. In its home market the IS was sold as a Toyota, and in some ways the model is more deserving of that badge than the Lexus one. The dynamics aren’t as polished as some of its rivals’, but as an ownership experience any Lexus is usually hard to beat; the company’s dealer network offers unrivalled levels of service. So while driving an IS probably won’t set your pulse racing, neither will the prospect of running one.