There have been some major changes under the skin, but on the road, this M3 is like its predecessors: a brilliant super-saloon that can embarrass much more expensive supercars.

Of course, it’s long been the go-to performance saloon of choice, but this version of the BMW M3 was the first to feature turbochargers, after BMW ditched the high-revving, naturally aspirated V8 of the previous-generation car in favour of a twin-turbo straight-six unit to improve efficiency and give stunning mid-range urge.

Admittedly, it lacks subtlety and feels more brutish when compared with the Mercedes-AMG C 63, and it’s not as sharp as the Alfa Giulia Quadrifoglio. But it’s still practical and composed with lots of performance for the price.

Sharp steering and rock-solid body control allow you to take liberties with the chassis and lean hard on the incredible grip levels, while the quick steering gives great direction changes, too. Just be careful, as the spiky engine and sharp throttle also mean the car can be a handful in the wet.

Whether you know it as an E30, E46 or E92, the current BMW M3 is a car for sale today that can back up its illustrious history with a great drive. The current car arrived in 2014 and was updated in 2017 with the addition of the M3 Competition, and these cars deliver the kind of performance that does the car's motorsport history proud.

Power comes from a 3.0-litre straight-six with twin turbos, which has either 425bhp in standard form, or 444bhp in the M3 Competition. Both cars are offered with either a 6-speed manual gearbox or BMW's 7-speed DCT twin-clutch auto and rear-wheel drive is the only drivetrain layout offered, although it does come with a host of electronics that are designed to get that power to the tarmac as effectively as possible. 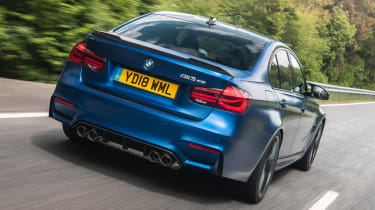 The most recent M3 is only sold as a four-door saloon, but the car's running gear is shared with the M4 Coupe and M4 Convertible if you want a different body style. The closest rivals to the M3 currently available are the Alfa Romeo Giulia Quadrifoglio and the Mercedes-AMG C 63, the latter of which also comes as a coupe and convertible, as well as an estate, all with an auto box as standard. The Audi RS 4 matches the M3 Competition for power, but it only comes as an Avant estate with quattro four-wheel drive and is auto-only.

One highlight of the M3 is its engaging handling, especially in M3 Competition form. As standard, the manual model manages 0-62mph in 4.3 seconds, while the DCT version manages it in 4.1 seconds. In corners, there's plenty of grip, and the sharp steering helps you keep everything under control. The M3 isn't quite as entertaining as a Giulia Quadrifoglio, it's still a thrill to drive. 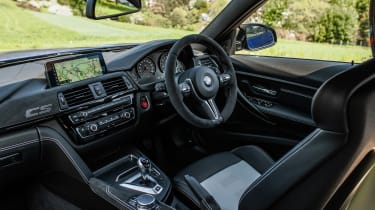 The M3 is one of the most famous sports cars in the world. It first arrived in 1986 as a special variant of the E30-generation BMW 3 Series that featured a high-revving 2.3-litre four-cylinder petrol engine – which was later enlarged to 2.5 litres – as well as a boxier body than the standard car, with flared wheelarches and big spoilers front and rear.

This car was designed to be competitive in world motorsport, and competitive it was, as this original E30 M3 won multiple Group A touring car championships, including the 1987 World Touring Car Championship and regional titles in the UK, Germany, Australia and Europe.

After that, BMW's racing interests moved away from touring cars, and the next-generation E36 M3, which appeared in 1992, had a more road-biased set-up. It featured a straight-six engine, starting out with a 3.0-litre unit that went on to be replaced by a more powerful 3.2-litre engine. While the car wasn't intended to race, it still delivered great handling and performance that proved popular with enthusiasts.

The next E46 M3 from 2000 onwards stuck to the same formula as the E36, with a straight-six engine, but more power and a classier interior. BMW also launched a lightweight M3 CSL version – with the electric seats, much of the sound-deadening and various bits of equipment removed – for even more focused handling.

From 2007, the E90 M3 upped the ante in terms of performance, thanks to the introduction of a naturally aspirated 414bhp 4.0-litre V8, which had more than double the power of the original M3. This car saw BMW return to circuit racing – in the DTM German Touring Car Championship, as well as GT3 sports car competition in the US and Europe. This model was replaced by the F80 variant reviewed here in 2014. 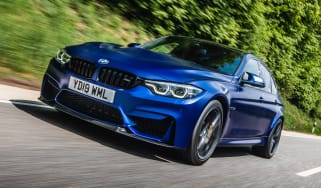 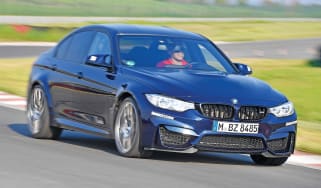 BMW M3 super-saloon gets a mid-life update, and we try it with the Competition Pack
Updated 2017 BMW M3 breaks cover 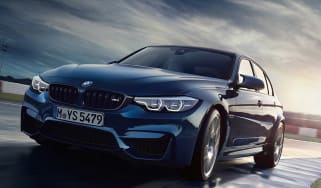 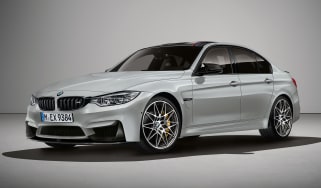 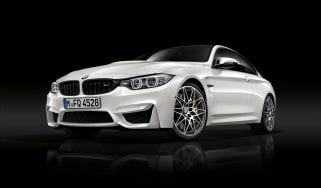 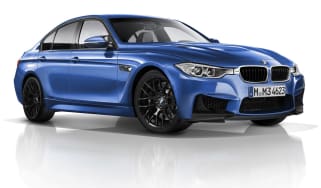 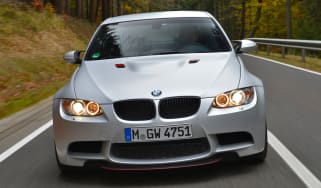 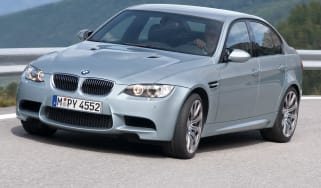 Four-door BMW M3 saloon adds a dose of versatility over the coupe, yet still offers the same supercar-rivalling thrills
Skip to HeaderSkip to Content