BMW quietly updates its hot small saloon with the new nose and headlights from the facelifted M4. 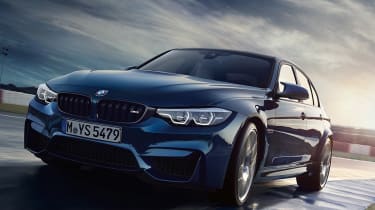 The first pictures of the updated BMW M3 saloon have emerged on the web, following the reveal of the lightly facelifted 4 Series and M4 Coupe earlier this month. Again, the changes are minimal, in fact you’d be hard pressed to tell the new 2017 M3 apart from the older model.

The M3 received new taillights in 2015, so this car gets only the slightly revised front end of the new M4 coupe, complete with new headlights.

The new LED hexagonal lights – a new lighting signature introduced on the latest 5 Series – are plucked straight from the M3’s coupe sibling, complete with additional LED bars to emphasise the M3’s new eyes. 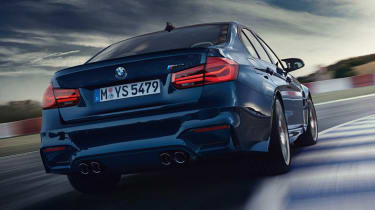 Under the bonnet, the M3 keeps its twin-turbocharged inline six, producing 425bhp. 0-62mph should still take 4.1 seconds with a manual gearbox – if you can shift fast enough, and top speed as ever will be 155mph. Additional performance can be unlocked through the M Performance package, turning up the wick to the tune of 444bhp.

With the new BMW 4 Series and M4 set to go on sale this March, the ever so slightly tweaked M3 should be on sale in a matter of weeks too.

What do you think of the M3's new headlights? Let us know in the comments.