Updates for the Mercedes CLA ahead of New York show 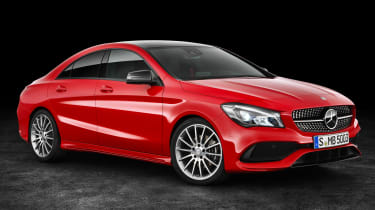 The Mercedes CLA and CLA Shooting Brake have been updated ahead of this month's New York Motor Show with a handful of subtle changes to keep the range up-to-date.

You'll have to look hard to spot the changes, but there are new bumpers, a new grille, different alloy wheel designs, LED headlights and some interior changes too. These include new seat covers, chrome detailing and extended smartphone integration. The highlight is a slimmer-looking 8-inch display screen, which helps with the Apple CarPlay and Android Auto systems in the cars. 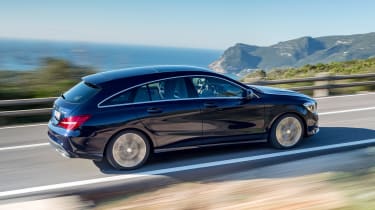 The high performance Mercedes-AMG CLA 45 has been updated with extra power as well, bringing it back up alongside the A45 AMG with an impressive 376bhp and 475Nm of torque from its turbocharged four-cylinder petrol engine. That means 0-62mph takes 4.2 seconds in the coupe, with fuel economy of 40.9mpg.

The updates are for the Shooting Brake model as well, and include a tweaked grille and front bumper design, a new boot spoiler, a rear diffuser insert and an optional AMG aero pack that adds some extra fins and vents for a sportier look. There's also LED lights as standard, which were previously an optional extra. 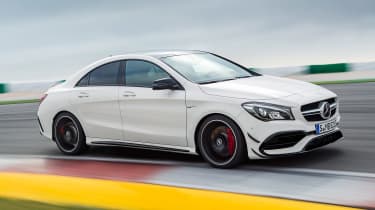 Finally, you can now get a four-wheel drive CLA 220 4MATIC, which has a 2.0-litre petrol producing 181bhp with a seven-speed automatic gearbox. 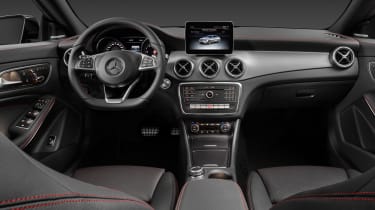 The new Mercedes CLA will make its debut at the New York Motor Show, with the Shooting Brake making its first public appearance at a Laureus World Sports awards ceremony in Berlin, Germany in April. Both models will be available to order from April, with deliveries starting in July 2016.

Now read our round-up of all the cars at the New York Motor Show 2016. 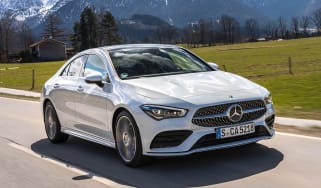 The Mercedes CLA is the best-looking, best-driving version of the A-Class family – but outright practicality is sacrificed
BMW M235i Gran Coupe vs Mercedes-AMG CLA 35