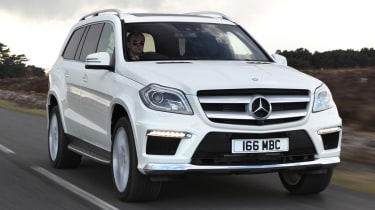 The Mercedes GL is large seven-seater SUV that sits above the M-Class in the German brand's line-up. The GL features a hugely spacious, upmarket cabin and a high price-tag to match. Although the model introduced in 2012 looked like facelift, it's actually an all-new model . However, the minimal changes reflect the fact that this car meets the needs of its customers - usually based in the US or Middle East - extremely well. And like its predecessor, it's built in America. The GL remains extremely comfortable, thanks to its air suspension and incredible refinement. The diesel 350 CDI is smooth and powerful enough, while the high-performance GL63 AMG model boasts performance that no car this big should be capable of.

Mercedes offers the GL with a choice of two engines – a 3.0-litre V6 diesel in the GL350 and a twin-turbo 5.5-litre V8 petrol in the GL63 AMG. The latter boasts incredible performance for such a large car, with a 0-62mph time of 4.9 seconds, despite the fact that this model weighs 2,580kg. The GL350 CDI is the sensible choice for its 35mpg fuel economy, yet it's still a refined and strong performer with a claimed 0-62mph time of 7.9 seconds. Fitted with Mercedes' excellent Airmatic suspension as standard, the GL is not only refined, but has a very relaxing ride. Even more impressive for a vehicle that weighs nearly two-and-a-half-tonnes is the body control. It feels solid and stable, and the air suspension maintains great composure in corners. The steering is smooth and progressive but not exactly geared towards sports car handling, even on the AMG model. However, given its vast dimensions, the GL boasts remarkably neat and tidy handling.

The diesel 350 CDI is definitely the one to go for if you're keeping an eye on running costs. But that's a relative statement, as the GL isn't going to be a cheap car to run. Even the diesel will result in you digging deep in your pockets, as claimed returns are 35.3mpg and it emits 209g/km of CO2. For the petrol-powered GL63 fuel economy worsens to 23mpg and CO2 emissions are 288g/km. And with a 100-litre fuel-tank, fill-ups will always be a very expensive affair. Bothe versions of the GL should hold onto around 40 percent of their new value afther three years, although that's not as good as the Land Rover Discovery, which will retain nearly 60 percent of its value.

There's no escaping the sheer size of the GL. The 350 CDI measures 5,141mm long, 1,982mm wide and 1,850mm high - making it bigger than both the Range Rover and Audi Q7. The rather brash, blocky design is more in keeping with North American and Middle Eastern tastes, but it still looks quite classy. AMG Sport is the only trim level for the 350 CDI diesel, although this features LED daytime running lights, lashings of chrome and huge 21-inch alloy wheels. The high performance GL63 AMG is identified by its sports exhaust, upgraded brakes and discreet 'V8 BITURBO' badges on the front wings. The cabin design  feels upmarket and modern, although not quite on a par with the sleek S-Class. As you'd expect from Mercedes, build quality is excellent and top notch materials are used throughout.

The Mercedes GL is such a huge car (11cm longer than a Range Rover) that it boasts a really spacious cabin. It's a seven-seater as standard, but even with all those seats in place there's still a usable 300-litre boot. Both of the rearmost seats fold flat electrically, making increasing the load area a breeze. If you fold down the second row of seats there's a van-like 2,300-litre boot. The problem with having such a large car is that it is difficult to negotiate tight city streets, and there are very few UK parking spaces that are both long enough and wide enough to fit into. At least all versions of the GL come with parking sensors as standard, which help take the strain out of slotting the big Mercedes into tight spaces.

EuroNCAP hasn't tested the GL-Class but it comes with a whole host of safety systems and airbags that would most likely lead to it receiving a five-star rating. What's more, the GL is so big, it's likely to intimidate most other road users out of the way. Pre-Safe, ABS and ESP will all help keep you out of trouble while driver, passenger and side airbags will all minimise injuries in an accident. Reliability has been pretty solid since the GL was introduced in 2006 so buyers should have a pretty hassle free ownership experience. Better still, Mercedes dealers finished a respectable 12th out of 31 in our 2013 Driver Power satisfaction survey. 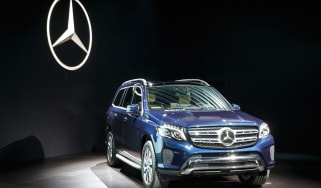 Mercedes GL-Class becomes the GLS, with revised styling, a refreshed cabin and a plug-in hybrid variant on the cards
Mercedes GL63 AMG

We test out the enormous Mercedes GL63 AMG - but is it a tad out of place in the UK?
Brabus B63 Widestar 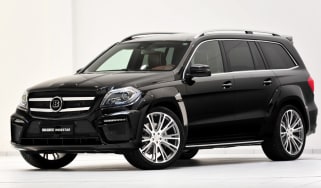 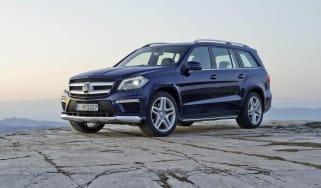 Mercedes has announced prices and specs for the new GL-Class, which starts from £59,465
Mercedes GL350 BlueTec 4Matic 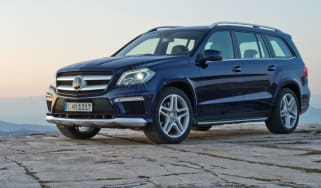 The seven-seat Mercedes GL has a new look, new engine and new tech. Is it a worthy rival to the Range Rover?
New Mercedes GL revealed 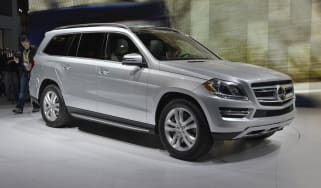 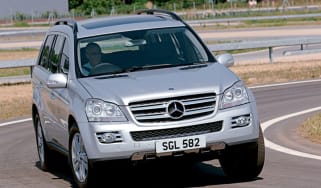 There are big 4x4s, and then there’s the new Mer­cedes GL-Class
Mercedes GL450 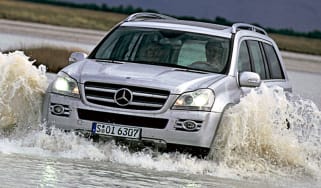 Bigger really is better, according to Mercedes that's why it came up with this: the new seven-seat GL-Class
Mercedes G55 AMG 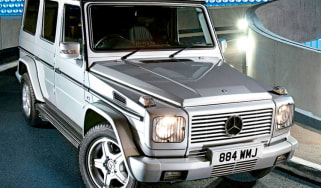 If you ever drew cartoon cars as a child, there ought to be something familiar about Mercedes' ridiculous new G55. Massive wheels, comedy panel gaps a…
Skip to HeaderSkip to Content