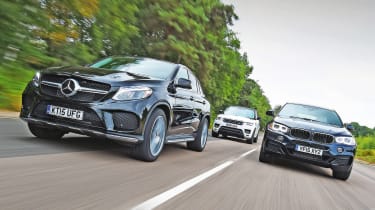 If you want to get noticed in the crowded premium SUV class, you’ve got to be daring. This explains the arrival of the bold Mercedes GLE Coupé, which mixes SUV underpinnings with a five-door coupé-style body.

First seen at the Detroit Motor Show earlier this year, the newcomer uses the same underpinnings as the standard GLE, which can trace its roots back to the M-Class SUV that made its debut in 2012. 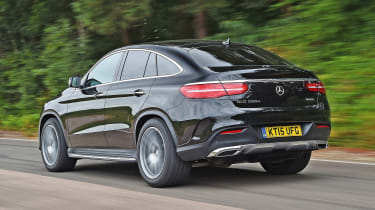 Yet while the mechanicals are familiar, the GLE promises to offer a mixture of upmarket desirability and family-friendly practicality, with a reasonable sprinkling of off-road ability thrown in as well. 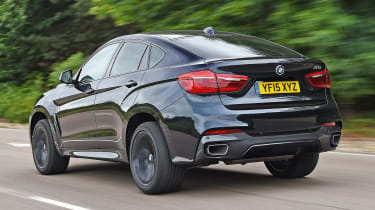 This unlikely combination of talents was initially pioneered by the BMW X6 in 2008, and the second-generation high-riding coupé offers more pace, efficiency and sharper dynamics than ever. It’s also well equipped and attractively priced. 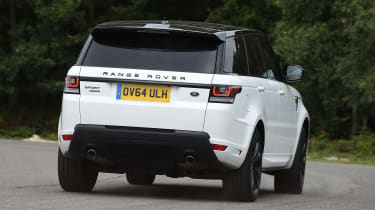 The Range Rover Sport can’t match the Mercedes and BMW for swoopy styling, but it’s handsome, practical, good to drive and comes with an unrivalled image.

Click the links above to read individual reviews, and scroll down to see which trendy SUV comes out on top...

Look beneath the sleek exteriors of our trio, and you’ll discover rugged SUV underpinnings. Yet the X6’s off-road extras are limited to a four-wheel-drive system and hill descent control. The Mercedes and Range Rover add air-suspension to this tally, but only the latter comes with a dual-range transmission and customisable traction control. 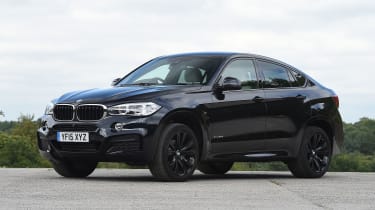 The X6 is the most cost-effective choice for business and private buyers. Not only is it cheaper to buy and tax, it’s available with an excellent £525 five-year service pack. With CO2 emissions of 185g/km and a £61,950 price tag, the Range Rover is the most expensive car to own. 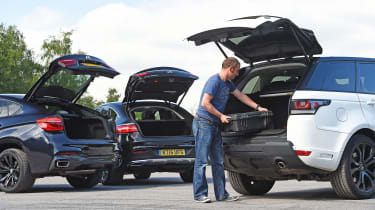 At 489 litres, the Range Rover Sport’s boot is the smallest here, yet it has a flat load lip, plus the suspension can be lowered for even better access. Furthermore, the more upright tailgate and higher roof mean more space with the rear seats folded down. 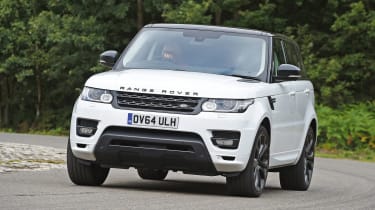 It’s not cheap to buy or run, but the Range Rover feels a cut above its competitors here. While the upright styling isn’t as deliberately eye-catching, the Sport is a handsome and imposing machine with a solid-gold image. Further highlights include a spacious and luxurious cabin, top-notch refinement and composed driving dynamics. It’s also unstoppable off-road. 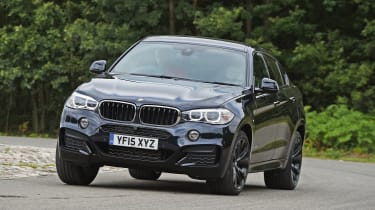 The car that kick-started the high-riding coupé class is fast, refined and surprisingly cost-effective to run. The aggressive looks won’t be to all tastes, but the classy cabin is up there with the best. It also undercuts the Mercedes and Range Rover on price, yet lacks nothing in standard equipment. However, it’s neither as practical nor as good to drive as the Range Rover. 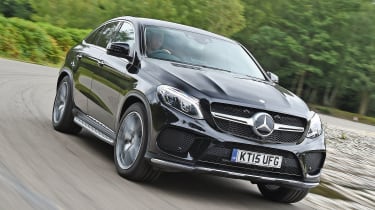 Strong refinement, a punchy diesel engine and excellent nine-speed transmission mark the GLE out as an effortless cruiser. It also benefits from a spacious and beautifully finished cabin. Yet the Mercedes looks too similar to the X6, and it’s seriously undermined by its unresolved handling and inconsistent ride. Furthermore, it’s costly to buy and run. 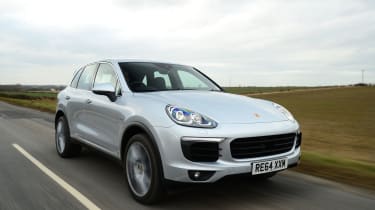 The Cayenne still sets the bar for engaging driving dynamics – no other large SUV is as poised and agile. Yet, while it’s well priced, you’ll have to spend on extras to match the GLE’s kit count. 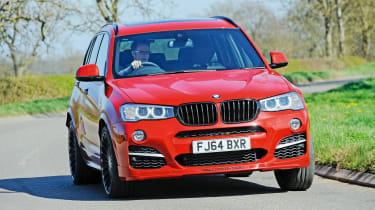 It’s smaller than its rivals here, but the XD3’s performance, visual drama and exclusivity mean it deserves serious consideration. The straight-six diesel delivers blistering acceleration, while an uprated chassis makes for surprising agility.