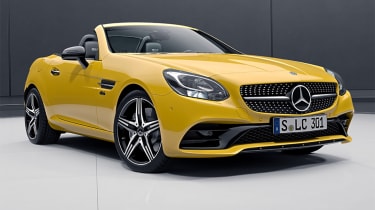 Mercedes has called time on the SLC roadster - its rival for everything from the Mazda MX-5, to the Audi TT and entry level versions of the Porsche 718 Boxster - by announcing a run-out Final Edition version of its smallest drop-top, on sale now and on roads next spring.

On sale since 2011 in one form or another, the SLC is the oldest Mercedes still on sale, and Auto Express understands a replacement is not planned, with the German marque to leave the small roadster market for the foreseeable future.

All three versions of the SLC - the 200, 300 and AMG 43 - will be available in Final Edition specification. The 200 and 300 versions of the car both use turbocharged 2.0-litre four-cylinder petrol engines, developing 181bhp and 300Nm and 242bhp and 370Nm respectively. The SLC 200 is equipped with a six-speed manual gearbox as standard, but a nine-speed automatic gearbox, as found by default on the more powerful 300, is optional. 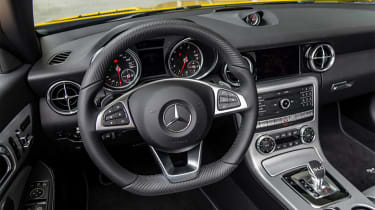 Read our in-depth review of the Mercedes SLC…