Celebrating 60 years of the MINI brand, the special edition model is finished in British Racing Green and is limited to 500 units 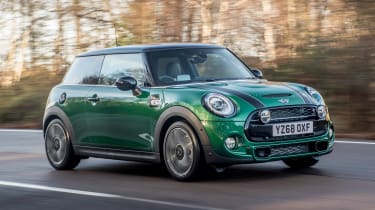 MINI has released a special edition model of its Cooper S Hatch to celebrate the 60th anniversary of the company. Only 500 examples will be built, available from March 2019, priced at £29,990.

All 500 units are finished in British Racing Green, with a black roof and black mirror caps. Limited edition two-tone 17-inch alloy wheels, LED headlamps and MINI spot-lamps also feature, along with 60th anniversary bonnet stripes and badging across the car’s interior and exterior.

Inside, the 60th anniversary edition Cooper S Hatch is trimmed in dark brown leather with green piping and white stitching. 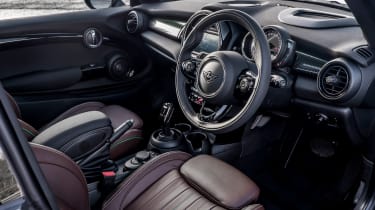 It’s powered by the 189bhp turbocharged 2.0-litre four-cylinder petrol engine found in the standard Cooper S. As such, the 60th anniversary edition model will do 0-62mph in 6.7 seconds and top out at 146mph.

It will be offered in the UK exclusively with an automatic transmission, which means fuel economy figures of up to 43.5mpg, and CO2 emissions of 129g/km of CO2.

Now read our review of the MINI Cooper S Convertible. Let us know your thoughts in the comments section below…