The Mitsubishi Eclipse Cross SUV will rival the Nissan Qashqai when it goes sale in early 2018. Here are all the details

Mitsubishi has released pricing and specifications for its new Qashqai-rivalling Eclipse Cross. Mitsubishi's new challenger in the ultra-competitive crossover segment will be available to UK customers in January priced from £21,275.

The Eclipse Cross 2 is the entry-level model at £21,275, but features standard kit such as touch-pad controls, LED lights, cruise control, air conditioning as well as Apple CarPlay and Android Auto. 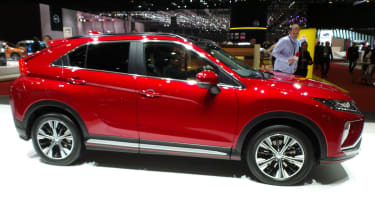 The Eclipse Cross 3 starts at £22,575 and comes with the option of four-wheel-drive and an automatic CVT gearbox. A head-up display features in the mid-range model as well as 18-inch alloy wheels, heated front seats, keyless entry and start as well as parking sensors front and rear.

A special First Edition, of which 250 will be coming to the UK, will be available for a limited period. Starting at £26,825, the First Edition is based on the Eclipse Cross 4 but with exclusive features such as a premium paint finish, carbon-finish bumper and First Edition badging across the car.

Mitsubishi has used the Eclipse name for its new small SUV to draw parallels between the Eclipse sports car that was discontinued in 2012 and the coupe-like shape of the new crossover.

Mitsubishi's Juke rival is coming, too 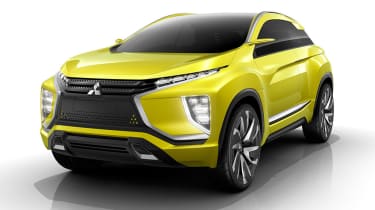 The Eclipse Cross is the start of Mitsubishi’s new SUV offensive. Next in line will be a Nissan Juke rival, based on the eX concept and due in 2019.

This compact crossover is designed to bolster the brand’s EV credentials, and will be offered with a pure-electric drivetrain with a 150-mile-plus range. A year or so later there will be a new Outlander, inspired by 2016’s Paris show PHEV concept. There are also plans to bring the L200 pick-up-based Shogun Sport here this year.

What do you think of the Mitsubishi Eclipse Cross? Let us know below...

Welcome to our Geneva Motor Show hub page, scroll down for all our Geneva content...
Mitsubishi Eclipse Cross review 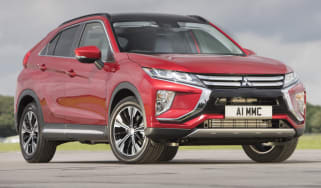 Mitsubishi Eclipse Cross is a big step forward for the brand and worth a second look, even if it does fall behind class leaders