Mitsubishi is looking to replace the EVO not with a saloon, but a hybrid 2+2 coupe 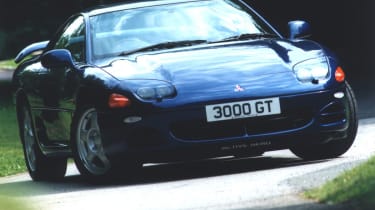 The next Mitsubishi Evo could be a 2+2 coupe rather than a four door saloon, Auto Express can reveal. Such a car would be the spiritual successor to the 3000GT, only it would use a development of the all-wheel-drive plug-in hybrid technology used in the Outlander PHEV to ensure it is frugal as well as fast. There have already been rumors about the next Evo being a hybrid, but this is the first time that a coupe body style has been mentioned.

Lance Bradley, Managing Director of Mitsubishi Motors UK, said a hybrid Evo would most likely be based on the next Mitsubishi ASX crossover platform so would therefore be slightly smaller than before. “It's possible it could be a high performance coupe - smaller rather than bigger than current Evo. Therefore a 2+2 coupe would be a sensible body choice.” 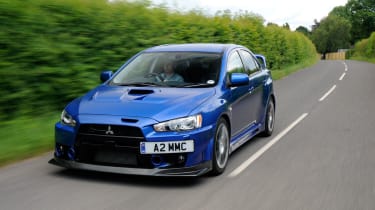 Bradley said that while there were no concrete plans for the next Evo there was “ an interest and willingness within MMC (Mitsubishi Motors Corporation) to produce one” and that hybrid technology was the way to go for such a car. He said: “There is demand for a car which performs well and makes problem feel good for themselves in terms of its efficiency. If we can do an SUV which emits just 44g/km of CO2 then we can do the same with a performance car.”

Bradley hinted that by investing in electric-powered motorsport like the iMiEV Evolution Pikes Peak entrant, the company was paving the way for a high performance electric-powered car. “There is a plan to do more racing with electric vehicles as it shows people they are not milk floats and normalises the technology,” he said