The range-topping Mitsubishi Outlander PHEV Juro has been upgraded for 2017, and now gets Apple CarPlay and Android Auto 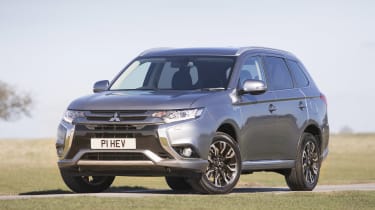 Mitsubishi has announced a series of upgrades to the Juro version of its Outlander PHEV, introducing new technology, driver assists and changes to how it drives on battery power alone.

The upgrades are the cherry on top of the revised 2017 Outlander PHEV, which gets enhanced all-electric range and faster charging. 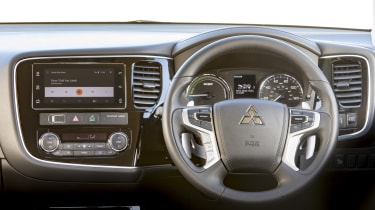 Other features inside include heated front seats, dual-zone climate control and the ability to pre-heat the interior using the PHEV smartphone app.

Elsewhere, the car gains a new automatic brake holding system, allowing the driver to release the pedal in traffic or stationary on a hill.

The final change is the introduction of a new electric driving setting called EV Priority Mode. When in this setting, the 2.0-litre petrol engine is completely disabled provided there is enough charge in the batteries.

The updated Outlander PHEV Juro is on sale now, priced from £33,499 after the plug-in car grant.

What do you think of the 2017 Outlander PHEV? Let us know in the comments. 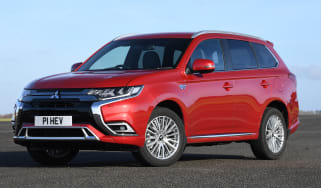