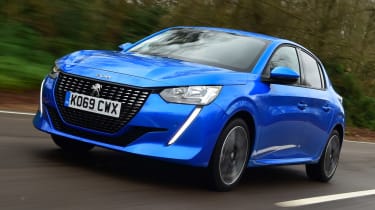 The data comes from comparison website MoneySuperMarket, which analysed quotes provided between January 2018 and February 2020. Despite this extra expense, the firm says the number of enquiries for automatic cars has increased significantly of late, with autos making up 22 per cent two years ago, and 28 per cent today. And while insurance costs have fallen in recent years, the cost of cover for manuals has decreased by 24 per cent, while autos have fallen by only 14 per cent.

People living in London are most likely to get quotes for automatic cars, with 51 per cent of the capital’s residents reportedly having an auto box. Those living in Belfast, the Isle of Lewis and the Shetland Islands were least likely to have an automatic car, with 86 per cent of quotes from these areas being for cars with manual gearboxes.

The firm’s insurance expert, Dave Merrick, explained: “One reason for this could be a result of increased technology in automatic cars over time for, example, the parts that make up an automatic gearbox are more complex and could cost more to repair. However, due to improvements in technology, an automatic car might help you save money in the long run through better fuel efficiency.

“From January 2018 to January 2020 we have seen a huge increase in the price difference between insurance for both automatic and manual cars. This has risen from 5% to 21% and has stayed stable for the last six months.

What are the best small automatic cars on sale? Click here to find out...