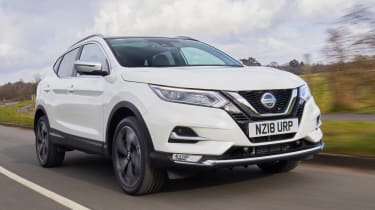 The Nissan Qashqai is now available with semi-autonomous driving aids in the UK, and to mark the technology’s introduction a new special edition version of the firm’s popular crossover has been introduced.

Called the Qashqai Pilot One, it’s based on the range-topping Tekna+ version of the Qashqai and is priced from £33,380. Naturally, ProPILOT tech features as standard, assisting with braking, accelerating and steering in a single lane on highway grade roads. The tech can take over to a certain extent in both stop start traffic and at motorway speeds, though the driver must keep hands on the wheel and eyes on the road.

The Pilot One also features pearlescent white paint and a chrome exterior styling pack. Inside, Pilot One Edition labelled scuff plates are found upon opening the doors, while the interior is upholstered in plum nappa leather. 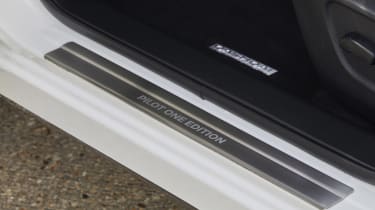 Based on the Tekna+ car, it gets the Qashqai’s DCi 130 1.6-litre diesel with an Xtronic automatic gearbox sending power to the all-wheel-drive system. ProPILOT is available elsewhere in the Qashqai range though – it’s a £795 option on Tekna and Tekna+ models, though again only on cars with the DCi 130 Xtronic drivetrain.

An offering below the ProPILOT suite comes in the firm of the Drive Assist Pack, available as a £495 option. This includes most of the ProPILOT features, though it cannot bring the car to a complete halt and set off again once it is safe to do so.

Read our full in-depth review of the latest Nissan Qashqai... 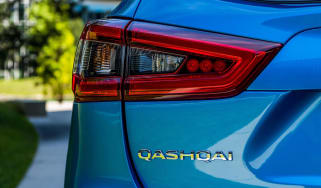