Sleek Peugeot 4008 to join brand’s SUV line-up, and our exclusive images show how the newcomer could look 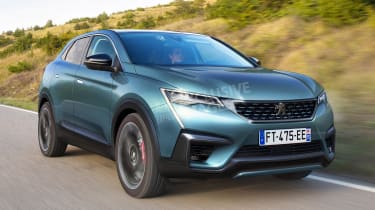 Peugeot is looking to build on the strong success of its 2008, 3008 and 5008 SUVs with a sportier, sleeker fourth model. Likely to be named 4008, it’ll offer a more coupe-like design to take on cars such as the Toyota C-HR, and will arrive early in 2020.

The new Peugeot, previewed by our exclusive images, will be inspired by the success premium German brands such as BMW have enjoyed in the coupe-SUV sector and will be based on the existing 3008. As a result, we can expect the ‘3008 coupe’ to have a curvier exterior, with a sloping roofline and reduced side glass area.

It’s set to feature a number of unique styling details, including blade-shaped LED running lights, a more aggressive grille and a distinctive single-piece light bar at the rear. The more elegant profile would allow the 4008 to offer an edge over less style-focused mainstream SUVs, while competing with high-end crossovers. 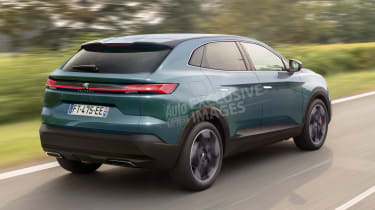 Speaking exclusively to Auto Express, Peugeot CEO Jean-Phillipe Imparato said there would be “other things” to come from its SUV range. “Remember when we said two years ago we would launch five new SUVs in the coming two years? We did it: three in Europe and two more in China,” he told us. “It’s time to come back to our DNA, and then we will maintain the growth of our SUV range in the future because the market is strong.”

Imparato also insisted that all Peugeot models would feature the company’s innovative i-Cockpit, with high-set digital instruments and a small steering wheel. The 4008 would therefore adapt the 3008’s cabin with a lower, sportier driving position.

Despite the roofline, the 4008 is set to be offered in full five-seat form. As with the 3008 and 5008, the car will sit on PSA’s latest EMP2 modular platform. However, engineers are aiming to make the 4008 more engaging to drive than its siblings with a unique suspension set-up.

The engine range will kick off with the three-cylinder PureTech turbo petrol engine, plus 1.6 and 2.0-litre four cylinder BlueHDi diesels. The 1.6-litre THP engine from the DS 7 Crossback will also transfer over.

Two plug-in hybrid variants will support the range, too. Both will use the 1.6-litre THP engine, with one using a single front-mounted electric motor to make around 240bhp. The second, likely to be dubbed GT instead of GTi, will feature electric motors on both axles for four-wheel drive, and could produce up to 300bhp.