To put the 3008’s new Advanced Grip Control system to the test off-road, Peugeot headed to the frozen wastes of Sweden 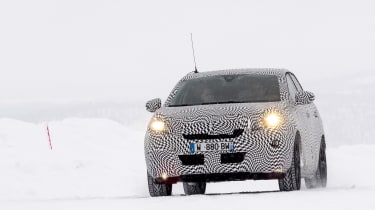 The original Peugeot 3008 was a compact crossover trailblazer. With its clever Grip Control system, this front-wheel-drive family car could go places only a proper four-wheel-drive SUV would previously have been able to explore.

Peugeot has refined and developed the system for the all-new 3008, so we headed to its cold weather testing facility on the edge of the Arctic Circle in Arjeplog, Sweden, to sample the car’s clever chassis electronics and see exactly what’s gone into the development of its new Advanced Grip Control system.

While it uses tech and know-how from parts supplier Bosch, Peugeot has ploughed its own furrow with the set-up. According to Stephane Personeni, one of the engineers responsible for the calibration of the new 3008’s ABS, ESP and Grip Control, “the system was originally designed for rear-wheel-drive cars, but we have fully recalibrated it for front-wheel drive”.

It might sound simple, but this means in the Snow setting, for example, rather than shutting down the power when the wheels start to spin to stop a slide, Grip Control actually keeps engine revs up to maintain momentum. 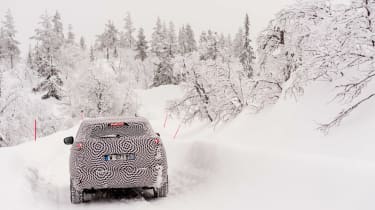 Personeni tells us: “In deep snow it’s vital – you have to have some wheelspin to push the snow aside and get traction. Or if you’re going uphill, using the ECU to apply the brakes will just stop the car. We control the engine and use the brakes to give the driver the control to keep making progress safely.” Grip Control has five presets: a standard road setting, Snow, Sand, Mud and ESP off. But the myriad sensors that keep an eye on every aspect of the car mean the tech can learn and adapt to keep the 3008 moving in difficult conditions.

With the front wheels on split-friction surfaces – warm, dry tarmac versus polished ice, which has just one tenth of the grip – there’s no drama when you floor the throttle. The 3008 just pulls away smoothly. Hit the brakes once up to speed and the ESP reins things in again in total safety, keeping the car straight with no hint of a skid.

This is really relevant for UK buyers, too. With our patchy winter weather, stability in slippery, mixed conditions is incredibly important.

“The priority with the ESC and Grip Control is to always stabilise the car,” says Personeni, adding that with four wheel speed sensors, five brake pressure sensors and plenty of gyroscopes and gizmos to monitor features like yaw rate, the ECU can understand everything going on and control it with precision a human can’t match.

But it’s not just safety that the systems improve. Technician Philippe Blaise points out that the ESC can inspire confidence from behind the wheel and help boost the car’s agility, too.

“This has always been the Peugeot way,” he says. “We focus on the pleasure of driving, so the chassis, engine and brakes are developed first to get the fundamentals right, then we calibrate the driver aids to give the car a keener feel; it’s the last bit of finessing to polish the car.”

Even on a long, slippery incline, the car doesn’t give up, while switching between Grip Control modes provides a noticeably different drive. In the most appropriate Snow mode the 3008 races to the top, but Hill Assist Descent Control makes it just as safe and easy to control on the way down. HADC can work at speeds as slow as 2mph for a much safer and fully controlled descent, going forwards or backwards. 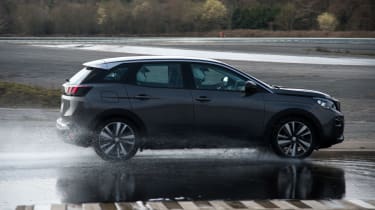 With the HADC button selected and the gearbox placed into neutral the car will maintain a set speed, although the speed can be adjusted by using the throttle. Of course, it blends the existing functions of Hill Descent Control, but the HADC system really comes into its own in Sweden.

It never feels flustered, with unwanted skids nipped in the bud before they develop into anything more serious. This highlights the thorough calibration and seamless integration of the 3008’s electronics. In temperatures as low as -20 degrees Celsius, it never misses a beat – proof that there’s substance beneath the new 3008’s considerable style.