Four-door coupe from Peugeot is on the way, and could be sold in the UK 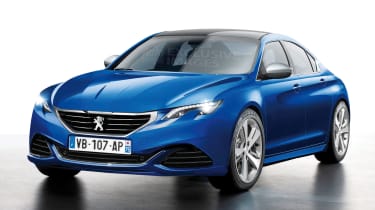 Peugeot has made no bones about its attempt to move further upmarket and match premium mainstream brands like VW, while at the same time distancing itself from sister brands Citroen and DS.

In a move that will see both of those objectives brought closer to reality, the French manufacturer has its eyes set on tackling the swish four-door coupé market with the 408 GT, seen here in our exclusive images.

Peugeot has seen the growing appeal of models such as the Mercedes CLA, Volkswagen CC and Audi A5 Sportback, and the 408 GT is its attempt at taking a slice of the growing market. 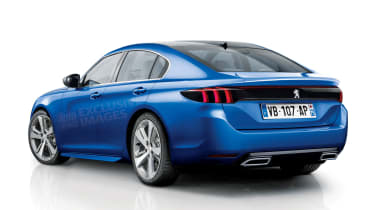 In such a style-led sector, the 408 GT will have a fight on its hands competing with the likes of the CLA and CC in the style stakes. However, design inspiration from the Exalt concept introduced at the Beijing Motor Show last year should give it a fighting chance.

Claw-shaped LED headlights are swept back over the flared arches, while the short overhangs, chunky C-pillar and cascading roofline depicted in our exclusive images endow it with a compact and purposeful stance.

And the chances of the 408 GT getting the green light are stronger than you may think, with Peugeot general director, Maxime Picat, announcing at the reveal of the Exalt concept last year that “this kind of saloon segment is key”. 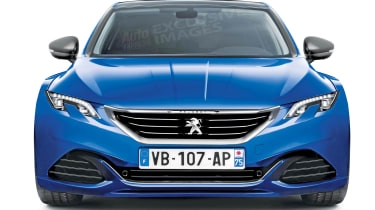 The 408 name won’t even be completely new to Peugeot as the badge is currently used in China on a saloon version of the 308 hatch, which also features a longer wheelbase.

Interestingly, at last month’s Shanghai Motor Show, Peugeot also revealed the 308 S – another saloon version of the hatchback – meaning if the 408 name is to carry on, it would take on a new image in the form of the GT. Its primary target for sales will be China, where models of this sort already have a healthy customer base, but UK sales are possible.

Peugeot already has all of the mechanical running gear necessary to bring such a model to life. Beneath the skin, the EMP2 platform which underpins the current 308 would be carried over, meaning the line-up of BlueHDi diesel and PureTech petrol engines would slot neatly under the bonnet. 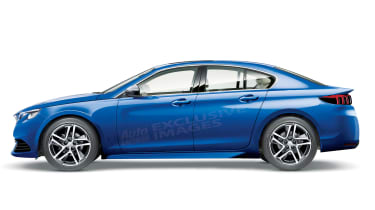 Diesel power could range from 120bhp to 180bhp, while more performance will be available in the petrol versions with up to 267bhp provided from the 1.6-litre four-cylinder turbo.

Increasingly stringent emissions regulations mean hybridisation will also eventually come to mainstream Peugeot production models. There is the possibility of the 408 GT being the first car to receive such tech, with the Exalt concept debuting with a 335bhp hybrid powertrain, made up of the familiar 1.6-litre turbo and an electric motor mounted on the rear axle.