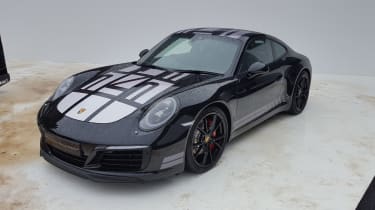 In order to celebrate its rather long list of racing accolades, Porsche has built this: the Porsche 911 Endurance Racing Edition. The model is available to order now priced at £107,216 and has made its public UK debut at the 2016 Goodwood Festival of Speed. 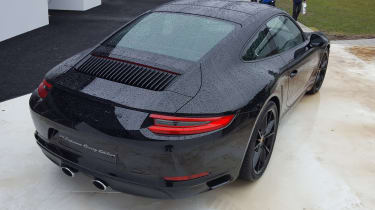 On the outside, the Endurance Racing Edition features a livery inspired by the Porsche Team racing cars from the World Endurance Championship. You can have it in either White, Guards Red or Black, and the car is fitted with 20-inch Carrera S wheels.

The 3.0-litre turbocharged flat six develops the same power and torque outputs as a standard Carrera S, at 414bhp and 500Nm.

The cabin also gets its own special touches, and is awash with black leather and flashes of carbon fibre. The sports steering wheel is marked at 12 o’clock, to signify the car’s racing heritage, and neat touches like the Porsche crest embossed on the seats, red seatbelts and unique floor mats finish off the look. 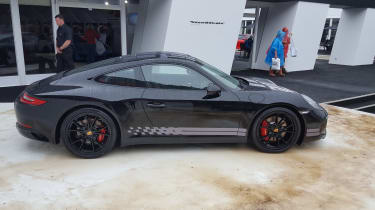 Porsche revealed the car at this year’s 24 Hours of Le Mans race, where the brand’s 919 Hybrid endurance car will be defending the title it won in 2015 against the likes of Audi and Toyota. The Circuit de la Sarthe, where the Le Mans 24-hour race is held, is also where Porsche has claimed a record 17 victories.

The new 911 Endurance Racing Edition is available to order now in UK and Ireland.

Check out the rest of our Goodwood FoS coverage here...