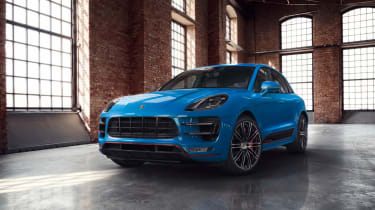 Porsche has launched the Macan Turbo Exclusive Performance Edition, replacing the Turbo as the new range-topping Macan SUV, with extra horsepower and £23,000 added to the price.

An evolution of the Macan Turbo Performance Package, the Exclusive Performance Edition uses the Turbo’s 3.6-litre twin-turbo V6 engine but output is increased to 436bhp, 36bhp extra than the standard Turbo, as well as 600Nm of torque through its permanent four-wheel-drive system. The 0-62mph sprint takes 4.4 seconds, four tenths quicker than the Turbo, and top speed is 169mph. 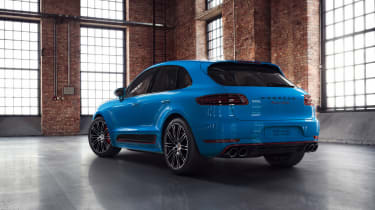 Small changes have been made to the exterior to help the Exclusive Performance Edition stand out from the standard Turbo, such as 911 Turbo-esque 21-inch wheels, red pinstripes along the front spoiler and rear apron, as well as LED head and taillights. 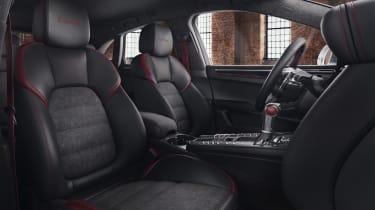 Inside, the black leather interior is lined in red stitching to match the red seatbelt. Red ‘turbo’ motifs are also seen etched into the headrest. Exclusive Performance Edition badging can also be seen along the door sills and on the dashboard.

The Macan Turbo Exclusive Performance Edition will cost £86,267, with deliveries expected to begin in January.

Is an extra 40bhp worth an extra £23k? Let us know your thoughts in the comments section below...