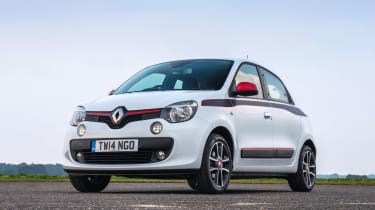 Renault has announced two new trim additions to its small car range. The Twingo city car gets a new top-spec model, the Dynamique S, which brings a host of extra kit and styling upgrades, and is priced from £12,545. There's also a new GT-Line Look Pack for the Clio supermini, giving sportier styling without the engine upgrades for an additional £400. 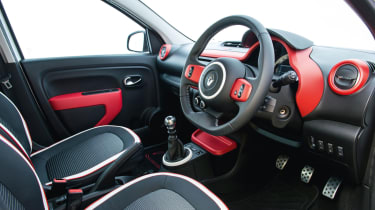 Inside, there is now red and black part-leather trim, plus aluminium pedals and red detailing on the centre console and around the cabin. Additional equipment over Dynamique spec includes LED daytime running lights, electric heated door mirrors, cruise control, a lane departure warning system and a leather-trimmed steering wheel and gearknob.

Meanwhile, the GT-Line Look Pack allows Clio buyers to give their Dynamique MediaNav and Dynamique S MediaNav models a sportier edge for £400 without upgrading to the full-fat GT-Line spec. 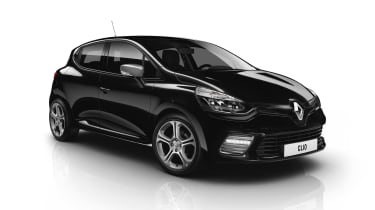 Interior trim has also changed on Dynamique MediaNav and Dynamique S MediaNav models, with or without the GT-Line Look Pack. The interior lighting is now bright white with grey trim detailing and matt black dash inserts. Air-conditioning controls are now matt chrome, while the whole range gets matt chrome detailing around the cabin. Plus, buyers going for the GT-Line model can now specify a rear parking camera for £250 extra. 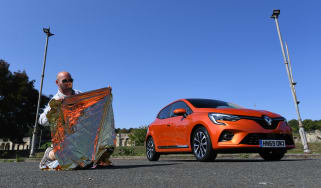 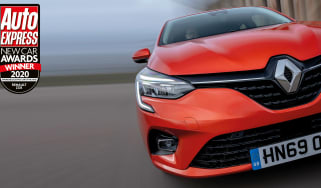