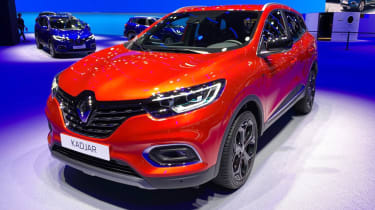 Renault has confirmed the facelifted Kadjar crossover will be priced from £20,595 in the UK. The range tops out at £29,995, with first customer deliveries taking place in February.

The updated version of the French firm’s Nissan Qashqai rival features a handful of minor design and ergonomic changes, plus a small bump in tech and a revised engine line-up, including a new petrol unit. 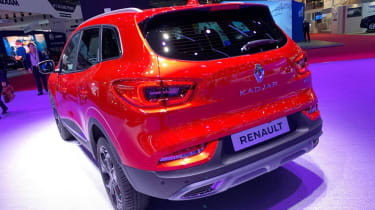 S-Edition models are new to the Kadjar line-up and are marked out by blue interior stitching, full LED headlamps, front and rear skid plates finished in light grey, and a panoramic sunroof.

The Kadjar’s subtle redesign is most evident at the front. As with most facelifts these days, new headlamps with new LED lighting signatures appear, while the foglights are now rectangular, housed in a revised front bumper.

The grille has changed, too, and is now completed with chrome inserts. New LED indicators, reversing lights and foglamps are introduced at the rear of the car, and a new selection of alloy wheels ranging in size from 17 to 19 inches are offered.

Inside there’s a new seven-inch infotainment touchscreen, which Renault says is brighter and more responsive than before. 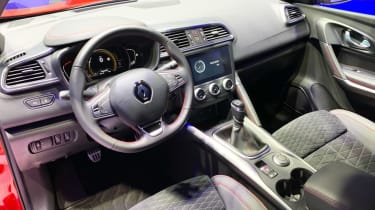 For the main part, though, the interior rethink majors on improved ergonomics. Renault says the climate control, air vent surrounds, plus the electric window and mirror controls have all been redesigned to be nicer to touch or easier to use. The seats have also been altered, and Renault claims they are now more comfortable. The centre console features new cup-holders, and the front door bins are now larger.

Under the bonnet, the Kadjar now comes with Renault’s latest 1.3-litre turbocharged four-cylinder petrol engine, available in two states of tune: 138bhp and 158bhp. The firm claims that the 1.5-litre and 1.7-litre diesel options are now cleaner, and both produce more power than before, too, with the 1.7-litre leaping to 148bhp in total. Both are also available with all-wheel drive. 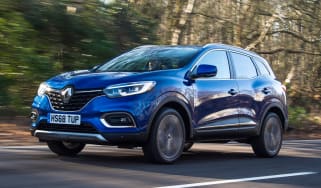