Japanese market set to be flooded with sporty new Toyotas, and UK equivalent is under consideration 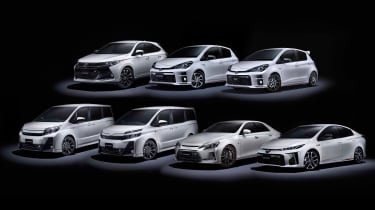 Toyota has revealed plans to create a hot new GR sub-brand, with a vast rollout of new products for the firm’s home Japanese market detailed.

While the new GR series models outlined so far are for Japan only, Toyota has said it plans to sell GR series cars outside its home market eventually. Auto Express understands that the UK market is a destination for the new brand, but Brits will get a different setup and selection, which is currently not finalised.

However, the first car destined for the UK under the strategy was on show at the Frankfurt Motor Show last week in the form of the 210bhp+ Yaris GRMN.

Under the Japanese strategy, the new hot Yaris arrives with its native Vitz name under the range topping GRMN badging, which will be reserved for cars with the highest level of performance thanks to uprated power outputs and new mechanical components. 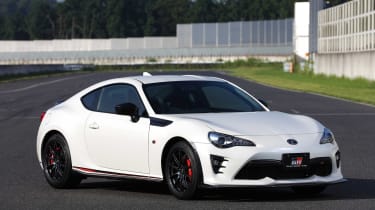 GR series vehicles will boast sporty exterior and interior tweaks plus one or two minor mechanical changes, mainly limited to new suspension setups as seen on the GT 86 GR. GR Sport trim applies to cars not typically associated with high-performance, such as the Prius, which is set to receive a number of hot new additions including modified suspension and eye-catching sporty looks in Japan.

Toyota will begin to release the GR series cars in Japan later this year, with the Yaris GRMN on sale in Spring 2018. No timeline for outside markets such as the UK has been revealed just yet.

What do you make of the new GR sub-brand? Let us know your thoughts in the comments...