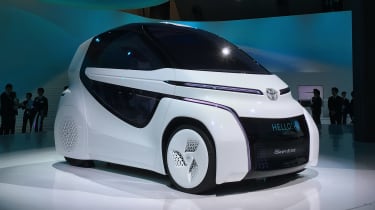 Toyota is gearing up to start testing the AI technology from its Concept-i and Concept-i RIDE vehicles by the end of the decade, a senior company source has confirmed.

The two-seat Concept-i RIDE made its debut at this week’s Tokyo Motor Show, following up the larger Concept-i that first appeared at the CES electronics fair in the United States at the start of the year.

The two concepts use in-car sensors to detect the user’s alertness and mood - and analyse their social media activity to gain an understanding of their preferences and lifestyle. The vehicle’s ‘agent’ can then adjust parameters such as interior lighting and scent, and attempt to make conversation, in a bid to improve the driver’s mood or calm them down. 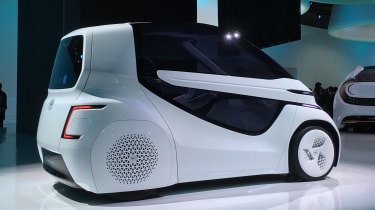 Speaking at Toyota’s pre-Tokyo event, Shota Ando from Toyota’s Future Product Department confirmed that elements of the technology are scheduled to enter testing by the end of the decade. “We don’t have a plan for these specific vehicles,” Ando said, “but a very similar shaped car to this, with almost similar functions, is likely to be launched in 2020 and do tests on public roads.”

The EV in question is likely to be similar size to the Concept-i, therefore, and it is expected to have a range of around 300km (186 miles).

The Concept-i RIDE is a more urban-focused proposition, designed for mobility scooter and wheelchair users. Its gullwing doors are able to lift up the wheelchair and help to swing it into the vehicle - and its seat can move fore and aft to assist further with the process. The control mechanisms for the two vehicles are different, however; Concept-i has a conventional steering wheel, but Concept-i RIDE is operated by one of a pair of joysticks mounted at the end of the seat armrests. 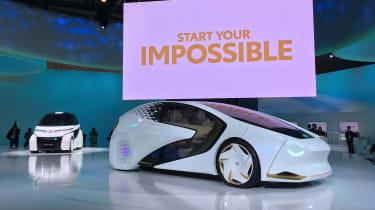 Toyota has released more details on how the Concept-i’s AI systems - called ‘Yui’ in the original CES show car - will operate. The alertness and mood sensor systems will run using in-car processing, but what the firm calls ‘conversation control and preference estimation’ will be based in the cloud, allowing drivers to jump between cars and still have access to the same level of vehicle interaction.

A third Concept-i vehicle is also making its debut at Tokyo. It’s called Concept-i WALK and is, in effect, a rival for the Segway self-balancing scooter. Toyota’s creation has three wheels for added stability, however, and it can extend and contract its wheelbase depending on speed. It communicates with its user and other pedestrians via a projection system and graphics on its front body panel - and offers collision detection and avoidance technology.

What do you think of the latest Concept-i Series models from Toyota? Let us know below...