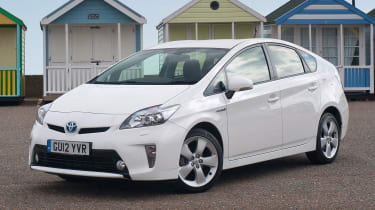 Cars are designed to enter limp-home mode when their monitoring systems detect an issue somewhere within the car’s systems. Such modes restrict the amount of power the engine can develop and limit the car’s maximum speed, typically to around 30 or 40mph.

When affected models of Auris and Prius enter limp-home mode following a fault with their hybrid system, however, Toyota has detected the cars could lose power and stall – though the vehicles’ brakes and steering will still work.

This recall follows a previous action issued by Toyota in September, which concerned a potential fire risk in the hybrid systems of the latest Prius hatchback and C-HR Hybrid SUV – though the limp-home mode recall affects previous-generation examples of the Prius and Auris Hybrid.

A statement released by the company said: “Toyota is conducting a safety recall which in the UK involves the Prius, Prius+ and Auris Hybrid models. There are 55,519 vehicles affected which were produced from October 2008 to November 2014.

“Toyota dealers will update the software for all involved vehicles at no charge and the recall will be conducted in accordance with DVSA guidelines.”

Do you own one of the affected cars? Let us know your thoughts in the comments section below...