Toyota e-Palette to get solid-state batteries for 2020 Olympics 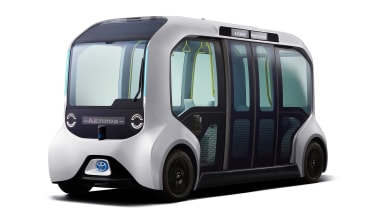 Toyota will unveil a car powered by its next-generation solid-state battery at next year’s Tokyo Olympic Games, according to the company’s Chief Technology Officer.

The Japanese firm has stated that it hopes to introduce vehicles with solid-state batteries by the middle of the next decade. The technology is widely anticipated to offer packaging advantages and faster charging than current lithium-ion cells.

• All the latest from the 2019 Tokyo Motor Show

Speaking ahead of the Tokyo Motor Show, Toyota’s Executive Vice-President and Chief Technology Officer Shigeki Terashi said that the firm would demonstrate a vehicle with a solid-state battery in the shorter term – most likely at the Tokyo Olympics. 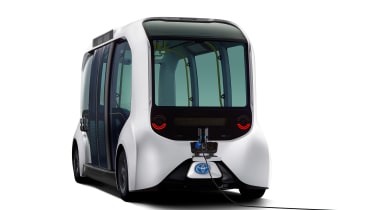 The e-Palette is a mobility solution which was unveiled at last year’s CES technology show. It’s a pure-electric shuttle, designed to operate as a low-speed autonomous vehicle and is particularly well suited to wheelchair users. Toyota is introducing a new version of the vehicle for use in the Olympic village.

Terashi also discussed the challenges and benefits of solid-state battery production, stating: “Since lithium-ion is still improving in terms of performance, to catch up with that, the introduction of solid-state is getting later and later. But when further improvement of lithium-ion becomes more difficult, the advantage of solid-state is that it’s heat resistant, so it can be made compact. 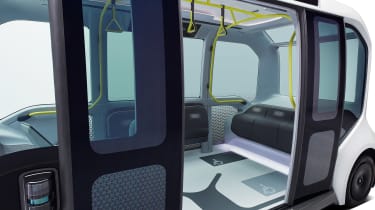 “This means you can get greater capacity in the same size. And heat resistance also means that even under rapid charging, degeneration will not happen quickly. That’s why we think solid state will be introduced after lithium-ion.

• Toyota and Lexus to launch three electric cars by 2021

“But we have to remember that the battery production process is very long. So all of a sudden, if you shift from lithium-ion to solid state then it will be very difficult to achieve that all at once. We will continue to improve the performance of lithium-ion batteries – making them more affordable and higher

“At the same time, development of solid-state batteries will continue. And when the cost reaches the same level as lithium-ion then the shift will take place. That time seems to be around 2025 or 2030.”

Auto Express undertands that the regular e-Palettes in use at the Olympics will feature lithium-ion battery packs. So Terashi's claim is likely to be related to a specific one-off creation that may be used for publicity purposes. 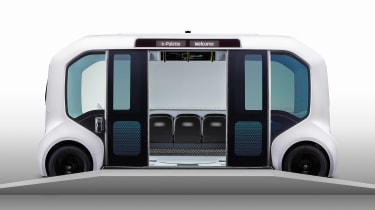 He added, "Even if you launch lot of pure-electric vehicles, if they’re not purchased by the customer then they won’t have any effect. I believe that hybrid vehicles are more economically rational for customers. But going forward, it will not be as linear as that."

“So I think that by 2022 or 2023 - around that time range, although it will be discussed further and finalised - we’d like to introduce these vehicles in Europe. We’ll start with smaller compact vehicles.”

What do you make of Toyota’s future plans for solid-state battery production. Let us know in the comments section below...