Toyota shows it's Tokyo Motor Show hand including the S-FR MX-5 rival and a 10cm robot with a "tender sympathetic heart"... 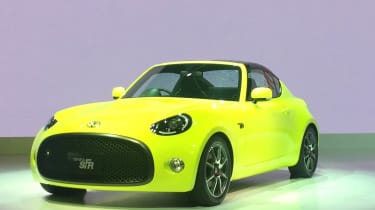 Toyota has revealed the broadest lineup of concept and production cars at this month’s Tokyo Motor Show – from new showroom-bound compact sports cars to fuel-cell vehicles and quirky back-to-basics machines to production ready hybrids and robots. Heading the line-up is the highly anticipated S-FR sports car. Standing for Small Front Engine, Rear-Drive, it’s a 2+2 sports car that Toyota says will be its entry-level sports coupe. The coupe tips the scales at about 980kg and be powered by a naturally-aspirated 1.5-litre four-cylinder petrol engine generating around 130bhp, putting it right in Mazda MX-5 territory. In fact, the S-FR is almost identical in size and curb weight to the mini Mazda. The S-FR is actually the lower end of a three-pronged sports car lineup that will include the 86 directly above it and the new Toyota-BMW co-developed Supra successor above that. Expected to be priced around £13,000 the S-FR will go on sale in early 2017 – and it could be sold globally including the UK. 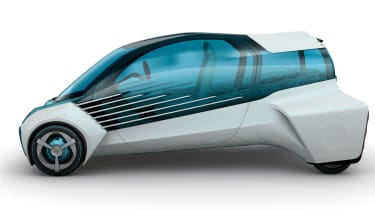 By unveiling the FCV Plus Concept at Tokyo, Toyota is putting its weight behind the burgeoning hydrogen movement. Earlier this year, Toyota became the first manufacturer to launch a production hydrogen-powered fuel-cell car in the Mirai. Looking more like a spaceship than a car, the FCV Plus is a four-seater vehicle with a more compact rearrangement of the Mirai’s fuel-cell stack and hydrogen tanks. Short for fuel-cell vehicle, the FCV Plus can also generate electricity enabling it to be used as a portable source of power for use at home or on location. When the car is parked, its electric power becomes part of the social infrastructure, supplying other vehicles or the local power grid. 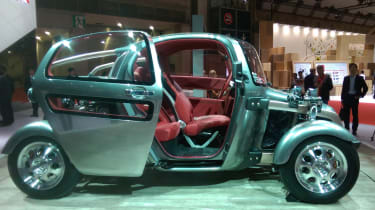 Toyota is not only trying to inject fun into motoring with the S-FR and some environmental consciousness with the FCV Plus, but it’s also questioning the way cars are made and the level of craftsmanship that goes into them. Enter the bare bones Kikai. Toyota has taken the machinery, normally hidden beneath the car’s body and brought it out into the open, making the function a component of the exterior.

From the centrally positioned driver’s seat surrounded by four analog gauges, the pilot can see the suspension struts in motion through glassed viewports, and as Toyota puts it, get a more instinctive sensory connection with the vehicle. 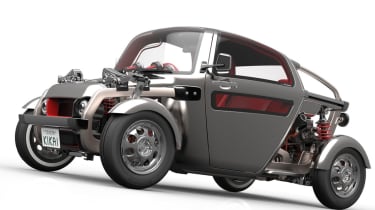 Incorporating the company’s TNGA – Toyota New Global Architecture – a new Prius will sit next to the C-HR concept. Boasting gains in weight-saving and extra body rigidity, the C-HR crossover made its first appearance at the 2014 Paris Motor Show. The Prius’s sportier big brother will inherit the fuel-sipping model’s 1.8-litre hybrid powerplant, but will also be offered with a 1.2-litre turbo and a choice of two and four-wheel-drive layouts. 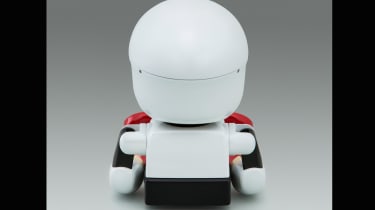 Toyota also thinks the car, or its accessories, should talk to you, too. A 10cm tall robot called "Kirobo Mini” was created by Toyota to add value to its future cars by offering a robot that’s seemingly inspired by Astro Boy — a robot with a tender sympathetic heart that can carry on a basic conversation with a car’s occupants. It’s like a cross between Siri and R2D2 with a toned down Iron Man look. Also on display will a Yaris test mule that’s currently under development for Toyota’s World Rally Championship challenge.

What do you reckon to Toyota's Tokyo Motor Show line-up? Let us know in the comments section below...