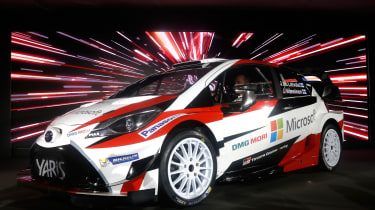 Toyota has unveiled the car that will mark its return to the World Rally Championship after a 17-year absence: the Yaris WRC.

Developed by a team led by four-times world champion Tommi Makinen, the Yaris joins the sport at the same time as new rules designed to make world rallying more spectacular. As a result, it’s the most extreme-looking Yaris you’re ever likely to see, with a huge rear wing and considerable wheelarch extensions - plus aggressive aerodynamic vanes built into the rear bumper.

The car will be run under the Gazoo Racing banner - a performance sub-division of Toyota that the firm is trying to turn into a global brand. Shigeki Tomoyama, Gazoo’s deputy chief officer and marketing director, told Auto Express, “It is early days but the plan is to combine some motorsports activities under the Gazoo Racing banner.” He declined to comment on speculation that Toyota will introduce a performance Yaris to support its WRC campaign, but just hours later Toyota GB confirmed the hot Yaris road car with an official teaser image on its blog. 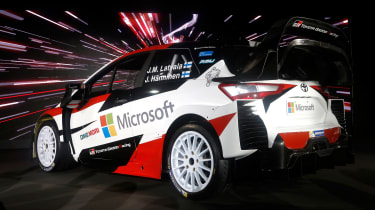 The Yaris WRC’s engine is a 1.6-litre turbocharged unit producing around 380bhp. Toyota announced at the car’s reveal that it will be driven by former VW star Jari-Matti Latvala, who came onto the job market when the German brand announced its withdrawal from the sport a few weeks ago. Latvala will be joined in the line-up by another two Finns - Juho Hanninen and, on selected events, promising young star Esapekka Lappi.

Makinen said, “It has been a huge challenge to get the team to this point. We only started testing the car back in April and we have done massive amounts of kilometres since then. But only now, with Jari-Matti testing, can we get some feedback on where we are compared with another team [VW’s aborted 2017-spec Polo]. His initial comments have been quite a few positives and yes, some areas where we need to improve.

“We are hopeful that this year we will be able to be competitive and get some good results. Can we win rallies? Why not. But the goal is a real championship push in 2018.” 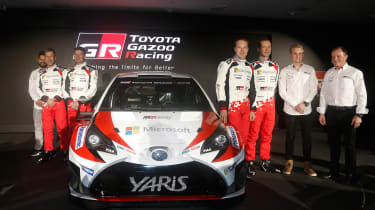 Latvala’s deal at Toyota means that the WRC line-ups now look pretty settled for 2017. M-Sport, the Cumbria-based team which runs Ford Fiesta WRCs, announced yesterday that it had signed four-times world champion (and another VW refugee) Sebastien Ogier. The remaining factory VW driver, Andreas Mikkelsen, is still without a seat for 2017, however.

How will Toyota do in the 2017 WRC? Make your predictions in the comments below... 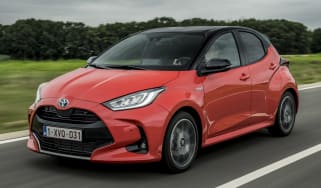 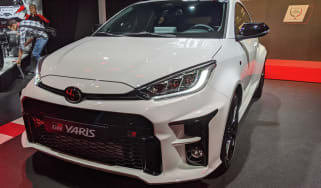