‘This is not a car show:’ Volvo plans an empty stand at the LA Motor Show 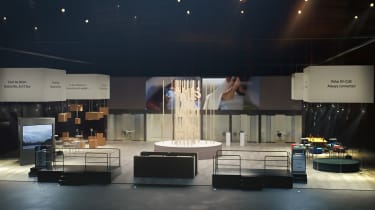 Volvo is planning a bold move for this year’s LA Motor Show; it's showing up completely empty-handed.

Instead of adhering to the ‘concept car covered with a shiny cloth’ trope, Volvo has decided to use the LA Motor Show as a platform for a discussion about the ‘concept of a car’ and the future of automobility.

The company’s stand won’t feature a revolving monument to leather, luxury and horsepower, but instead a series of interactive demonstrations on connectivity services and autonomous driving.

The centrepiece of the stand will be a simple statement, sculpted from wood, reading ‘this is not a car.’

Mårten Levenstam, of Volvo’s product strategy department, somewhat unusually stated: "we will not win the ‘car of the show’ award this year, but we are comfortable with that. Because this is not a car show." 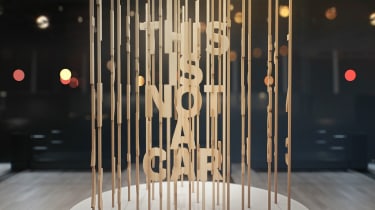 Volvo’s unorthodox show stand will be used to showcase its ideas for upcoming models. For example, the demonstrations will outline the company’s plans to make half of its range electric and a third of it autonomous by the middle of the next decade.

The company also plans to demonstrate its in car-delivery system (a service which allows parcels to be delivered directly to compatible cars), its car-sharing service and the car subscription service, Care by Volvo.

Speaking about Volvo's LA plans Håkan Samuelsson, chief executive of Volvo cars, pointed to a change in responsibilities for car manufacturers. He outlined the company’s new purpose, stating: "rather than just building and selling cars, we will really provide our customers with the freedom to move in a personal, sustainable and safe way."

What are your thoughts on Volvo’s empty LA Motor Show stand? Let us know in the comments below…

Safety-conscious Swedish brand aims to reduce road deaths and serious injuries within its vehicles to zero, and new speed limit is one part of its pla…