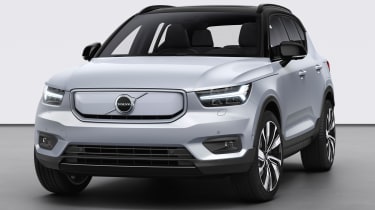 Volvo is boldly claiming that it will avoid paying any CO2 related fines in 2020.

While other manufacturers struggle to get their average CO2 below the EU target of 95g/km (which still applies in the UK post-Brexit) to avoid fines, Volvo is confident that its average will be below that figure.

From this year, car makers must achieve an average CO2 figure for all cars they sell of below 95g/km. For each g/km over that target, manufacturers risk penalties that could run into millions of Euros. However, Volvo says that the combination of plug-in Recharge models and mild hybrids that it's rolling out across its range means that it will avoid any fines.

Speaking to Auto Express, Mattias Berglund, Senior Manager, Propulsion Strategy, said: “We are not planning to pay any fines. We’re aiming for more than 20 per cent of our sales in 2020 to be plug-in models, which will lower our average CO2. And we have tripled our battery capacity this year compared with last year.”

As part of the implementation of the new CO2 targets, cars sold with CO2 emissions below 50g/km this year will count as double towards a company’s overall CO2 target. With cars like the new XC40 Recharge Plug-in Hybrid, which emits just 41g/km, and every other model in its line-up available with a PHEV powertrain, Volvo is well positioned to take advantage of the 2020 loophole.

Volvo has big plans to reduce its average CO2 even further, though. “The XC40 Recharge will be the first of five full EVs we’ll launch in the next five years,” Berglund told us. “By 2025 we aim for 50 per cent of all the cars we sell to be full EVs.”

Volvo claims that it already has ‘thousands’ of orders for its fully-electric XC40 Recharge model, which goes on sale in the second half of 2020. A fully electric version of an all-new XC90 is expected to be the next EV to be launched in 2021.

What are the best electric cars on sale? Head over to our sister site DrivingElectric to find out now...