The Volvo C30 is a three-door, four-seater coupe that rivals premium hatchbacks like the Audi A3 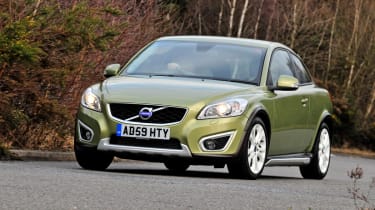 Designed to attract younger buyers to the fold, Volvo describes the C30 as a four-seat sports coupe. But the funky three-door hatch is really an alternative to established premium family cars like the BMW 1 Series and Audi A3. It first appeared in dealerships in 2006 but a mid-life facelift in 2010 introduced sweptback headlights and a sharper front end design. Volvo has slimmed down the range significantly following the introduction of the newer, more practical Volvo V40 hatchback in 2012, and the C30 will be phased out entirely sometime this year. This means that there's now only two trim levels to choose from - SE Lux and R-Design - and two engines, the firm's efficient four-cylinder 1.6-litre D2 diesel with a six-speed manual gearbox and a 2.0-litre petrol with 143bhp and a five-speed 'box.

The wide engine range of old has been scrapped in favour of just two: the 113bhp 1.6-litre D2 diesel and a four-cylinder 2.0-litre with 143bhp and 185Nm of torque. But despite its sporty styling, the C30 isn't as fun to drive as many of its rivals like the BMW 1 Series, Renault Megane Coupe or the Audi A3. The C30 certainly doesn't lead the class for grip or body control, while the steering lacks feel. That said, it does offer decent handling and all models bar the R-Design offers a compliant ride.

The most efficient C30 is the D2, which has an official fuel consumption figure of 65.7mpg and CO2 emissions of 114g/km. This is quite a bit down on the numbers offered by the old DRIVe model, which managed 78.5mpg and 94g/km thanks to fuel-saving measures like a stop-start system, drag-reducing body trim and eco tyres. However, those figures came at a pretty hefty premium, which should make the standard D2 a bit more appealing for cost-concious buyers. As you would expect, the 2.0-litre petrol will be more expensive to run and it returns an average mpg of 37.2 and emits 177g/km. Disappointingly for private buyers, residual values across the range are largely below the 40 per cent mark, which is poor compared to its premium hatch rivals. Volvo does offer a range of fixed-price servicing deals, though, for two, three, four or five years with options to pay in advance or monthly.

With its prominent grille and shapely lights, the Volvo C30 has the same sporty and modern face as other Volvo models. Exclusively a three-door, it’s at the rear where the designers have been really daring. The unusual U-shaped glass hatch is framed by striking taillight clusters, and there are strong echoes of Volvo's last hatch, the 480ES. Love them or hate them, there’s no denying the retro inspired proportions and angles stand out from the crowd. R-Design versions get sporty trim and some neat detailing. Polestar models also benefited from sportier styling, while DRIVe models offered aero-optimised wheels and a far less aggressive look.

The unusual rear end styling of the Volvo C30 means that the hatch opening is narrow and the sill high. The 251-litre boot is tiny and the fabric load cover is a cumbersome affair that doesn't retract. The rear seats do fold but volume only increases to 894 litres, which is considerably less than the newer V40 (with its 335 and 1,032-litre capacity) and three-door rivals like the Renault Megane Coupe, which offers 377 and 991 litres. There are just two rear seats, while elbow and legroom is a bit tight. It’s better news up front, though, where the floating centre console looks smart and helps create a sense of space, while a wide range of steering wheel adjustment and comfortable seats mean the driving environment is good.

Volvo is famed for its cutting-edge safety innovations, and all C30s get curtain airbags, a whiplash protection system, ISOFIX, all round seat belt pretensioners and stability control as standard. The Volvo BLIS blind spot information system and parking sensors are optional across the rang. Both SE Lux and R-Design cars come with active bending Xenon lights. The Volvo C30 has been on sale since 2007 and all of the engines and components are well proven. The C30 made it into the Driver Power Top 100 rankings for the first time in 2012, with an overall score of 84.32 per cent leaving it in 62nd place. Owners praised it for being comfortable and easy to drive, but criticised its lack of practicality. 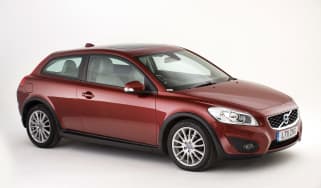 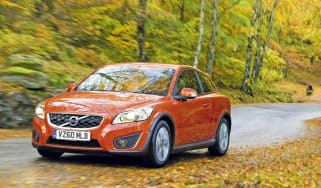 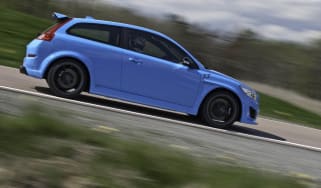 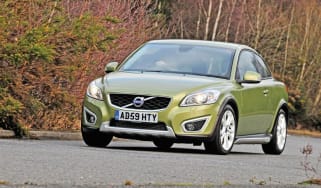 Can facelift give Swede new lease of life?
Volvo C30 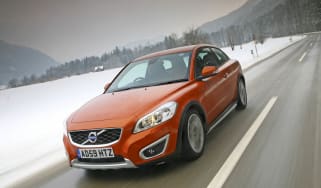 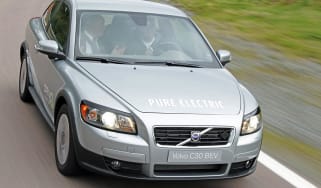 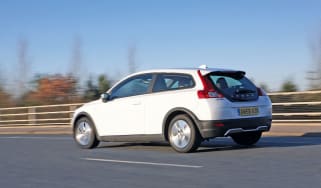 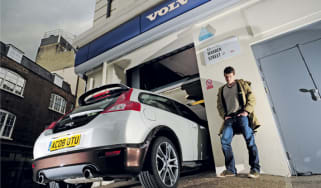 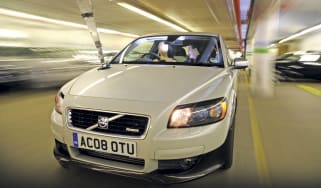 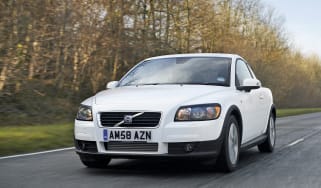 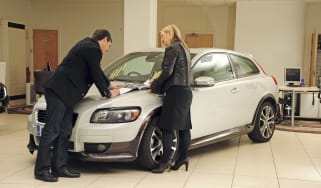 Does Swedish hatch have real showroom appeal? We become a salesman for a few hours to find out...
Volvo C30 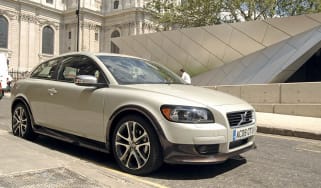 Our new Volvo C30 is so eye-catching, it stands out beside even the most striking landmarks.
Volvo C30 2008 review 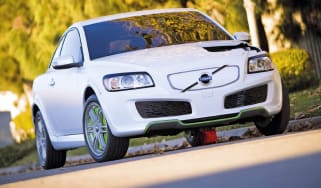 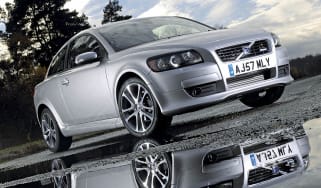 Volvo has launched an all-new sporty trim level to its distinctive C30, but is it a hot hatch beater?
Volvo C30 2006 review 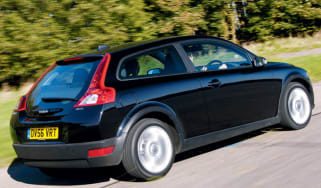 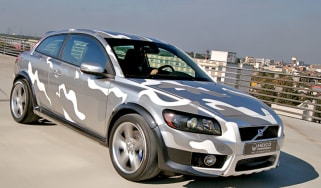 We're first behind the wheel of Volvo's scorching hatchback, the XC30
Volvo C30 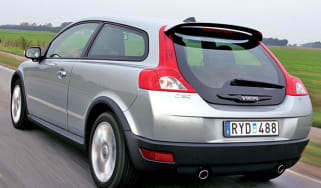 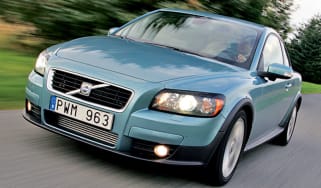