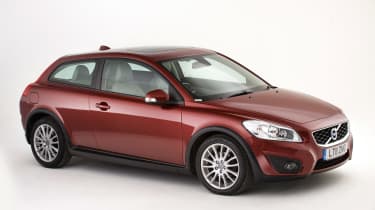 Volvo has never really been a brand for building small cars. The smallest it’s ever offered was the Ford Focus-based C30, launched in 2006 – and this was always a relatively rare sight on UK roads because it never really captured buyers’ imaginations.

That’s a pity, because the C30 is good to drive, if not as much fun as the Ford, while most versions come well equipped. The three-door-only body looks stylish, too.

As you’d expect, safety is a strong suit and build quality is fine. But if there’s one thing that lets this Volvo down, it’s cabin and boot space. Both are in short supply, so if these things are important to you, steer clear. Otherwise, the car is worth a look.

The Volvo C30 arrived in late 2006 and was on sale for seven years until 2013. It‘s this one and only model that we’re focusing on here. 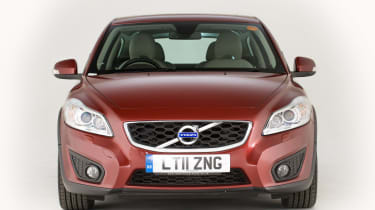 A revised C30 appeared in January 2010, with a fresh nose and tail and the option of new colours inside and out, plus a sportier chassis. A 1.6D DRIVe with stop/start, which emitted 99g/km, arrived at the same time.

This Volvo was offered with no fewer than eight engines, the biggest of which are more than you need in such a small car. So we’d avoid the T5 and D5; the 1.6-litre petrol also lacks sparkle. That leaves the 1.8 and 2.0 petrols, along with the 1.6 and 2.0-litre diesels, all of which are worth buying. 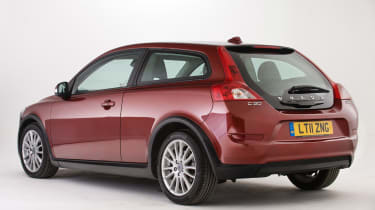 Alternatives to the Volvo C30

The Audi A3 is the C30’s closest rival, as it wears a prestige badge and comes with an array of great engines, plus a choice of front or four-wheel drive. Prices are higher, though – as they are for the BMW 1 Series, which is seen as the enthusiast’s compact hatch as it’s rear-wheel drive. Yet most owners won’t notice which wheels are being driven.

Fancy something more leftfield? Alfa Romeo’s 147 or its Giulietta replacement might suit. It’s stylish and has great engines, and reliability is better than you might think even if quality isn’t up to Volvo levels. The VW Golf is a brilliant all-rounder that’s hard to ignore, but if you want value and fun above all else, look no further than the Focus.

The C30 definitely focuses on style over practicality, as it can carry no more than four people in its cabin. There’s no provision for a fifth seat in the rear at all. 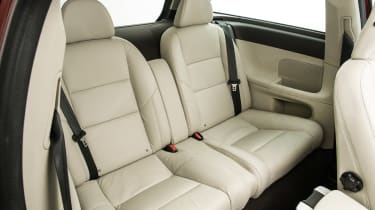 Trim panels can squeak or creak once the car has got a few miles under its belt. Annoyingly, these issues can be deceptively tricky to track down and fix.

If you do a lot of night-time driving, it’s worth seeking out a car with xenon lights, as the standard headlamps aren’t rated very highly by some owners.

Stone chips and cracking seem to be common, and if this happens ultimately the whole screen has to be replaced; check to see if it’s been renewed already.

It’s well laid-out and solidly built, but the C30’s cabin is cramped for four; there’s rear seating only for two. Think of it as a 2+2 – or even as a two-seater with a decent boot if the seats are folded down. In this form, the C30 holds only 947 litres; keep the seats in place and this shrinks to a miserly 251 litres. 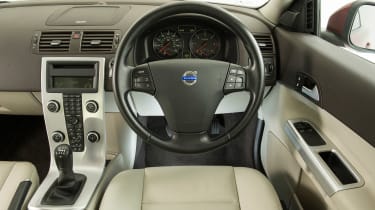 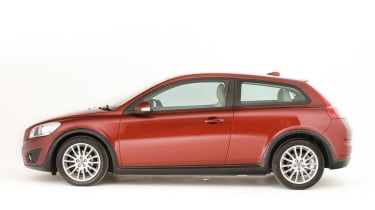 The fact that the C30 has been recalled 18 times might give cause for concern, but Volvo is notorious for issuing recalls when only a handful of cars are affected.

Even so, in many cases, a lot of C30s have been caught up in campaigns, including those for power-steering leaks, reduced braking assistance (three recalls), overheating engines, jammed gearboxes, engine bay fires, plus clutch pedal and driveshaft failures. The first recall was issued in November 2007; the most recent came in April 2013.