The styling, perky engines and fun handling make the 147 desirable, but patchy dealer service, depreciation and reliability count against it 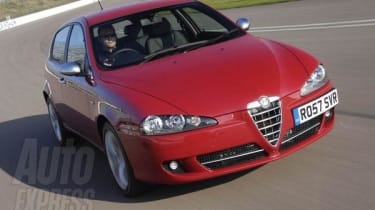 You can’t help but be won over by the looks of this car. There aren’t many family hatchbacks that command as many admiring glances from other road-users. Both three and five door versions are available. All but entry-level TS models have well-sculpted alloys, which look like they could have been an aftermarket purchase. The new Sport and Q2 models boast 17-inch 5 spoke alloys, white satin wing mirrors, a roof spoiler and a menacing looking chrome exhaust pipe.

The Alfa is similarly stylish inside, although the cabin ambience is let down by the use of hard and scratchy plastics. Fortunately the driving position is spot on, while front passengers get plenty of leg and headroom. Sadly those in the rear aren’t quite as well catered for, while boot space is limited at 1,042 litres with the bench folded flat. Throughout the range the Alfas comes well equipped, although some more advanced features offered by the competition are lacking. Sat Nav is an expensive option, making it a rare find on used cars. However, it’s worth considering leather trim and metallic paint.

Both the 1.6 and 2.0 petrol engines are strong and characterful units, delivering 120bhp and 150bhp respectively. The sprint from standstill to 62mph takes 10.6 seconds in the 1.6-litre car, which is 1.3 seconds slower than the bigger engined model. Diesel fans get the refined 1.9-litre JTD unit with either 120bhp of 150bhp. Both versions get healthy doses of mid-range torque, making for rapid in-gear acceleration. Both oil burners will return around 48mpg.

The 147 manages to live up to its feisty looks when it’s on the move. The steering is direct and well weighted, while crisp gearchanges come courtesy of the excellent manual transmission. Sadly, the same cannot be said for the slow-shifting Selespeed semi-auto gearbox. Overall ride quality is good, although big bumps send a shimmer through the bodyshell, highlighting the Alfa’s age. Flagship models get the excellent Q2 limited slip differential, which significantly improves front-end grip. It can be specified as an option on lesser models.

As with all Alfa’s, steep depreciation is a significant issue, with no model retaining more than 37 percent of its value after three years. However, this does mean that second hand buyers are likely to pick up a bargain. The diesel versions represent the best value, with lower fuel consumption and C02 figures – the 1.6-litre petrol can only manage 34.4mpg and falls into tax band F meaning hefty annual VED bills.

The 147 only manages a lowly three star EuroNCAP rating, despite featuring six airbags, while ESP is only standard on range-topping 2.0-litre petrol and diesel Lusso models. Remote central locking, an alarm system and immobiliser are, however, standard across the range. All diesel versions produce less than 160g/km of C02, dropping them into VED band D. The petrol models are less impressive, churning out 194g/km and 211g/km for the 1.6-litre and 2.0-litre respectively. 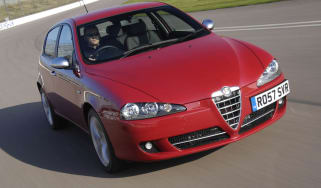 Alfa Romeo's limited edition 147 Sport has been reinvigorated with the Q2 differential. But will that be enough?
Alfa Romeo 147 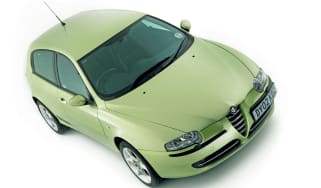 Good-looking with great engines, but surely its reliability record is too much of a risk? We give our verdict...
Alfa Romeo 147 review (2001-2009) 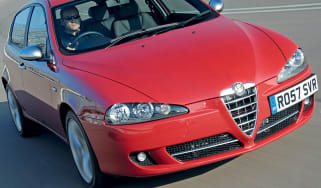 The Alfa is charismatic and fun, but ultimately flawed
Alfa Romeo 147 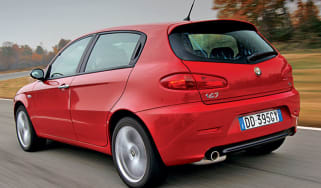 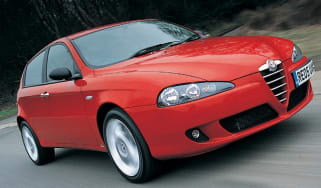 When it comes to design flair, there are few cars in the compact hatchback market which rival the appeal of the Alfa Romeo 147. Flawed it may be, but …
Alfa Romeo 147 (2004) review 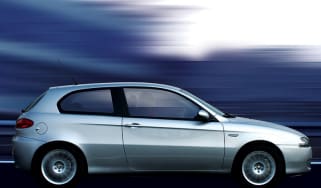 The gloves are off in the premium hatch sector. Alfa Romeo has now revised the 147 to join the bitter fight for sales.
Alfa Romeo 147 GTA 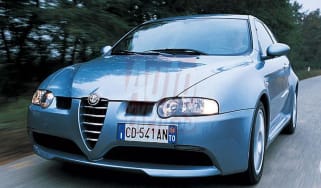 Why do enthusiasts get so excited at the thought of an Alfa? The rich motorsport heritage? The gorgeous Italian styling? Sure, both are useful in the …
Skip to HeaderSkip to Content