Good-looking with great engines, but surely its reliability record is too much of a risk? We give our verdict... 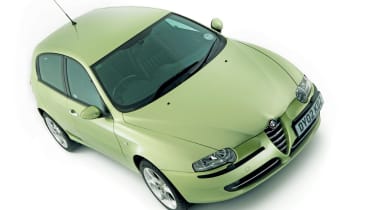 The pretty Alfa Romeo 147 certainly makes a distinctive used choice, but how does it rate once the protection of its original manufacturer’s warranty has expired? To find out, we raise the bonnet on the stylish family car alter­native, which is nearly as good to drive as it is to look at.

While it has never exactly set the British sales charts alight – 25,150 examples have found homes in the six years since it hit first showrooms – sharp depreciation makes the 147 excellent value second-hand.

In March 2003, the brand’s excellent 1.9-litre JTD diesel arrived, along with the range-topping 3.2-litre 147 GTA – but production of the latter lasted barely two years. A new entry-level 1.6 TS then followed in January 2004. A year later, the line-up underwent a mid-life facelift, which brought styling revisions, chassis upgrades and strong Multijet diesel engines.

What to look for The Selespeed transmission tends to be temperamental, as are the mass airflow sensors on petrol cars, which can lead to uneven running. All the engines are great fun, but far from efficient. Even the 1.6-litre petrol var­iant sits in road tax band F. Comfort is generally good, but space in the rear is tight, while a three-star Euro NCAP crash test rating is nothing to write home about. Standard equipment is generous, although trim levels can be confusing. Entry-level 147s are desig­nated TS (Twin Spark), mid-range cars are badged Turismo, while the top spec – ignoring the GTA – is the Lusso.

Alternatives The Honda Civic and Toyota Corolla are safe bets in this segment, but while they’re unfailingly reliable, they can’t compete with the Alfa in terms of price and styling. The VW Golf, Mazda 3 and Ford Focus all give the 147 a run for its money dynamically, and are invariably better built, too. And don’t forget the Vauxhall Astra, which is well worth a look.

You could be forgiven for avoiding a used 147, as the car finished in an unimpressive 79th out of 100 in our Driver Power 2007 owner satisfaction survey. However, as long as you choose wisely, you can still get a car which is as reliable as it is attractive.

Admittedly, finding a top-quality Alfa is far from easy, but get it right and you will have a cut-price hatchback which is a real delight to drive. What’s more, whichever model you plump for, it’s always going to be better looking than your next door neighbour’s Focus or Astra.

The 60,000-mile check on petrol models is also rather expensive because the platinum-tipped spark plugs need to be replaced – expect to pay £370 all-in. That just leaves the minor services, at £265 for petrol cars and £335 for diesels.

Reader review Alfa addict Colin Metcalfe, from York, bought his 147 a year ago. “It’s great to drive, but visibility is appalling, both front and rear,” he explained. “The franchised dealers are also spread way too thinly – mine is two hours away. I use an independent garage, which is better value for money.

“My car is a 2.0 TS Lusso, and thanks to the car’s heavy depreciation, I paid only £6,000 for it. So it was relatively cheap, and running costs are reasonable, too.”