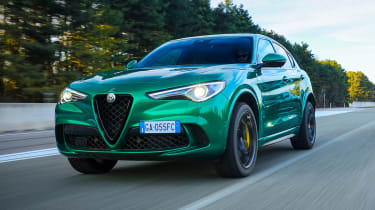 This is the new Alfa Romeo Stelvio Quadrifoglio - Alfa’s super-SUV and Porsche Macan Turbo rival has received a range of cosmetic and technology upgrades as part of an update for 2020.

The revised model has been revealed alongside a similarly refreshed version of the BMW M3 baiting Giulia Quadrofiglio super saloon.

Exterior changes are relatively minor and include new LED rear light clusters with a darkened lens cover, a new 21-inch alloy wheel design and a gloss black finish to some of the car’s badging. Three new exterior colours have also been added to the options list: 6C Villa d’Este Red, GT Junior Ocra, and Montreal Green.

A new line of accessories has also been made available on the Stelvio Quadrifoglio from Mopar, offering buyers a carbon fibre front grille, mirror caps and a rear spoiler for the first time. 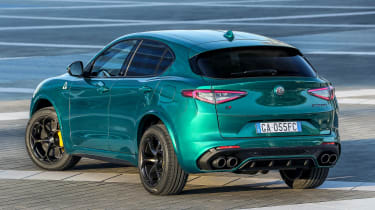 Inside, changes are equally minor and extend to a new leather steering wheel and gear selector, while red or green seat belts can be chosen over the standard black items. Alfa has also updated the 8.8-inch central infotainment system. It features a new interface and a performance menu that allows owners of the top-spec Quadrifoglio to view turbo pressure, power usage and component temperatures on the move.

The powertrain and chassis of the Stelvio Quadrifoglio remains as it was. The 2.9-litre V6 bi-turbo develops 503bhp and 600Nm of torque. Power is fed to Alfa’s Q4 all wheel drive and torque vectoring system via an eight-speed automatic gearbox.

Prices should stay broadly in line with the current iteration’s £71,880 price tag when the refreshed Stelvio Quadrifoglio goes on sale in the UK later this year. 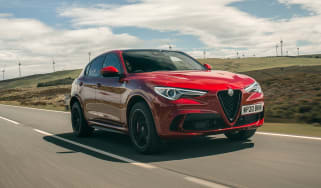 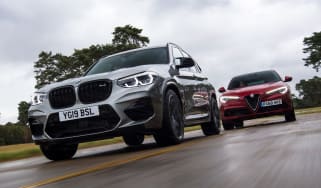 Can the Alfa Romeo Stelvio Quadrifoglio fend off the new BMW X3 M in this hot SUV showdown?