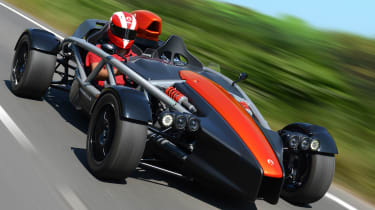 The Atom 4 arrives 19 years after the debut of the original Atom, and though the basic principle remains much the same as the original 1999 car – even down to the usage of Honda power – Ariel claims that the new Atom is fresh from the ground-up, and every panel is new compared to the Atom 3.5.

The car’s distinctive tubular chassis is new, and the main diagonal tubes are of a larger diameter than before. As such, Ariel claims a 15 per cent increase in rigidity. Ariel also says that the new chassis enables more interior space and legroom than previously, with an additional 50mm of cabin length and 20mm of width. The seats can be individually adjusted for the first time ever too. 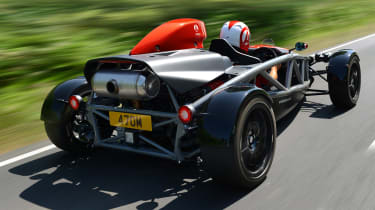 The bodywork is a refinement of the trademark Atom shape, with an emphasis on improved aerodynamic performance. Ariel claims that drag has been reduced in tandem with an increase in downforce, with the rate of air flowing to the radiator, intercooler and intakes increased too. The most noticeable design change is the removal of the central roll hoop, which is now integrated into the large air intake. There’s also a fresh nose cone, a new engine cover and a tweaked aero screen spanning the width of the dashboard.

Behind the driver sits the turbocharged 2.0-litre VTEC four-cylinder used in the current Civic Type R. Codenamed K20C, in the Atom it develops 4bhp more than in the hot Civic, power reaching 320bhp thanks to revised exhaust and intercooler setups. Maximum torque of 420Nm is achieved at 3,000rpm. Power is sent to the rear wheels through a six-speed gearbox, and Ariel claims 0-60mph is reeled off in 2.8 seconds, with a top speed of 163mph achievable too.

In tandem with the new engine and extra power, the new Atom 4 sits on larger wheels than before – 16-inches at the front and 17-inches at the rear. Full carbon-fibre wheels are available too. 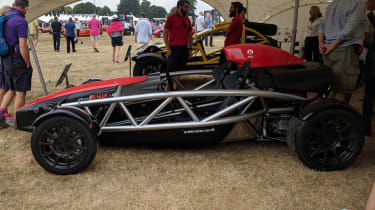 Sitting beneath the larger wheels are larger brakes. As standard the Atom 4 is equipped with 278mm vented discs at the front and 253mm pieces at the rear. An optional set provided by AP Racing sizes up at 290mm all round with 4 piston calipers. Brake bias can be adjusted through an optional toggle in the cockpit.

Elsewhere, the Atom gains LED indicators, stop and reversing lights and daytime running lights alongside automatic halogen headlights. The switchgear has been revised, and there’s new instrumentation too, with a full colour TFT screen setup.

Ariel will commence Atom 4 production towards the end of 2018, with the first cars set to be delivered in spring next year. The company plans to continue producing around 100 cars annually, with the new Atom 4 priced from £39,975.

Read our road test of the fastest Atom ever - the Atom V8.