Aston Martin's St Athan facility is nearing completion, with the factory set to start building prototypes of the DBX SUV in early 2019 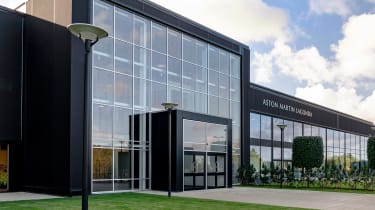 Aston Martin’s new manufacturing site in St Athan, Wales is nearing completion and will become the firm’s centre for electrification, the company has confirmed.

The site is already home to a workforce of 100 people, which will rise to 700 by 2020. The finishing touches are being applied to the factory, which will begin producing prototypes of the DBX SUV at the beginning of next year - the paint shop is fully installed and construction of the production line is under way.

In addition Aston Martin has announced that along with the production version of the DBX SUV, which is set for a reveal at the end of next year, the Rapide E and the reborn Lagonda brand (comprising zero-emissions vehicles only) will also be based at the ex-Ministry of Defence site. 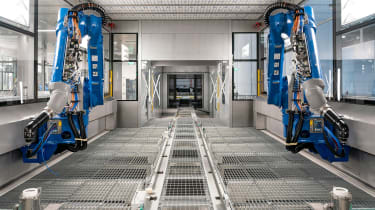 Andy Palmer, Aston Martin CEO said: “A second production facility is a critical step in delivering our Second Century Plan. The St Athan facility will initially commence with the production of our first SUV but will ultimately be a global centre of excellence for the production of luxury high performance EVs, including Lagonda: the world’s first luxury electric automotive brand”.

The British brand is investing an additional £50m in St Athan to make it its designated centre for electrification. The move suits the production DBX (likely to be called Varekai) almost as much as the Rapide E, because Aston's debut SUV is likely to feature a hybrid petrol-electric powertrain.

Could you live with an electric car? Here’s our guide to life with an EV…