“Is Audi about to become the ultimate driving machine?”

It’s a bit early to say new Audis are world-beaters, but big steps are being made in the right direction, says Steve Fowler 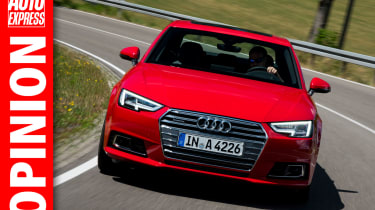 They always say that things are cyclical, but for as long as I can remember, BMW has had a distinct edge when it comes to driver appeal – even in the exalted company of premium models.

Things are changing. We’ve already crowned the Jaguar XE as our favourite compact executive car, ahead of the BMW 3 Series. And now we’ve just had a taste of a car that could well beat them both. And who’d have thought it would be an Audi?

For many years now, you knew what you’d be getting with an Audi – a good looking car with decent efficiency, a class-leading interior and a ride that borders on the uncomfortable. And whether it’s front or four-wheel drive (sorry, quattro in Audi speak), you just wouldn’t be having as much fun as you would in a BMW. 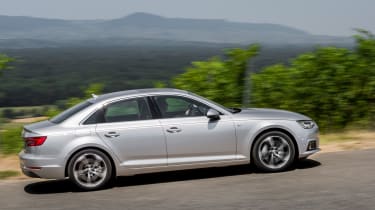 Then along came Dr Ulrich Hackenberg – a long standing engineer who’s to-ed and fro-ed between Audi and VW (with a stint at Bentley) and led the development of the famed (and copied) MQB platform strategy that has proved so successful across so many brilliant VW Group small cars.

In 2013 he was given responsibility for Audi technical development, while taking an overview of the technical direction of all VW brands. 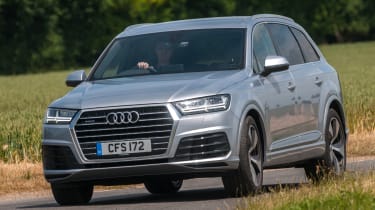 And trust me, it’s no coincidence that the last two new Audi models we’ve driven – the Q7 and now the new A4 – have a new-found sense of dynamic ability, on top of all of Audi’s other attributes. World beaters? A bit early to say, but they’re both big steps in the right direction.

What I’ve always liked about Dr Hackenberg (other than his willingness to chat openly to the likes of me) is his understanding of what’s important to different buyers. Which is why Audis have a new – and most welcome – feel of comfort on the road.

Do you think Audi will be able to finally beat the likes of BMW in the driving stakes with its raft of new models? Let us know in the comments below... 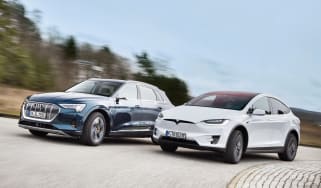 Can the all-new Audi e-tron SUV topple the mighty Tesla Model X? We find out in our highly anticipated electric car head-to-head
Visit/audi/106563/new-audi-s6-and-audi-s7-to-get-mild-hybrid-diesel-power 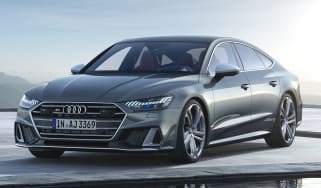 New Audi S6 and S7 to get mild-hybrid diesel power

Both the Audi S6 and S7 are to feature Audi's 3.0-litre V6 TDI engine with a 48-volt hybrid system and an electrically-driven supercharger
Visit/volkswagen/92893/vw-emissions-scandal-vw-installed-defeat-devices-thousands-cars-high-court-finds