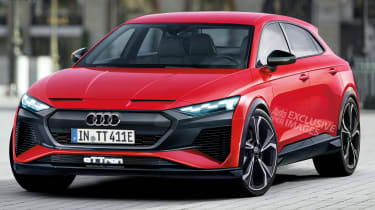 Audi bosses have finally settled on a proposal for the next-generation TT, which will morph into a fully electric crossover, Auto Express can reveal.

There has been a fierce boardroom battle within the German company over how the next TT should evolve. It’s been a debate that has raged since 2014 when the firm’s then-boss, Rupert Stadler (who was later charged and removed from his position for his involvement in the VW Group’s Dieselgate scandal), proposed the idea that the model could develop into a petrol-powered five-door Sportback or crossover model.

Since then, Audi has fast-tracked its electrification plans, and dwindling sales for today’s TT have forced the firm into a radical rethink for the next model. So far this year, Audi has sold only 8,756 coupé and 3,362 roadster editions of the TT globally. 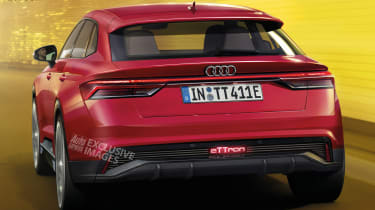 Auto Express understands that the upcoming, fourth-generation TT also has a working title, eTTron. This clearly indicates Audi’s strategy to completely incorporate the model into its line-up of full EVs.

As previewed in our exclusive images, the model will morph into a sporty crossover, with a length of around 4.35 metres. That will make it more compact than a Q3 but, more significantly, it will be much lower.

There will also be a dramatic overhaul inside, too; the current TT set new standards in the industry with its digital cockpit display and absence of centre console. Audi intends to emulate that in the next model, with a cabin that will do away with switches and dials completely and rely on Tesla-style digital displays for the car’s operations.

What has allowed Audi to take such a radical approach with the next TT is the availability of a wide range of dedicated electric vehicle platforms that have been developed for use across all of the brands within the VW Group.

Audi intends the keep the next TT roughly in line with today’s model in terms of price point, so the firm has chosen to base the eTTron on the group’s entry-level MEB architecture. The VW ID. 3 will be the first vehicle within the Group to use the new platform, and is expected to come to the UK market priced from around £26,000.

The eTTron will have a higher price point, expected to be close to £45,000, but the MEB architecture will provide Audi with a way of developing a successor to the TT without being forced to radically change its positioning within the market.

And much like today’s TT, the flexibility of the MEB platform will enable Audi to develop multiple versions with varying degrees of performance. Standard entry-level versions of the eTTron will be rear-wheel drive, powered by a single electric motor developing upwards of 200bhp. At the other end of the range will be a model comparable with today’s TT RS; driven by an electric motor on each axle for four-wheel drive, it will have a total power figure in excess of 400bhp. Three battery sizes, 45kWh, 58kWh and 78kWh, should provide a range of between 200 and 340 miles before needing to be recharged.

The eTTron will be one of 20 fully electric cars Audi intends to launch into the market by the middle of the next decade.

What do you make of the next Audi TT turning into an all-electric SUV? Let us know in the comments below...

Welcome to our Geneva Motor Show hub page, scroll down for all our Geneva content...
Audi TT review