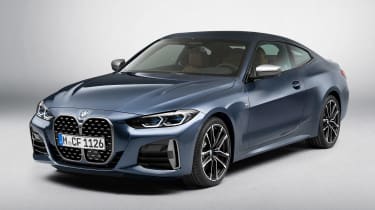 Few big car manufacturers have as much history and presence in the coupe market as BMW. And here’s the brand’s latest offering – the new 4 Series – which aims to finish the job which was started by its predecessor.

That’s because, while the BMW 4 Series is still a rival for cars such as the Audi A5 and Mercedes C-Class Coupe, BMW has started to dramatically change the way the car looks and feels, in an effort to distance it from the 3 Series saloon on which it’s based.

It’s on sale in the UK now, priced from £39,870, with first deliveries expected to arrive in October. BMW has also released some official images of the new M440i M Performance, giving us our first glimpse at the personalisation options available to 4 Series buyers.

The new BMW 4 Series shares its platform with the 3 Series. However, BMW’s engineers have made several revisions to the underpinnings, which are intended to make the 4 Series feel sportier – such as a wider rear track and standard M Sport suspension. 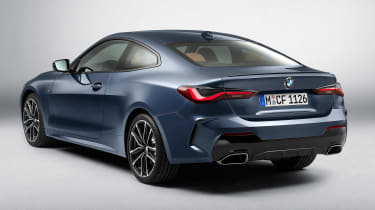 The biggest talking point, though, is the styling. BMW’s head of design, Domagoj Dukec, says the polarising radiator grille is a nod to the firm’s heritage models, such as the 328 sports car and the E9 coupe of the late sixties and early seventies. He said: “Until the late eighties, BMW kidneys were always taller than they were wide.

“We have been designing like this for years. And we’ve had several show cars like the 3.0 CSL and the NEXT 100 – they always had this vertical kidney, and every designer on my team felt we could go for a different shape for our customers, and that’s the reason why we did this on the 4 Series.”

At the front, the vertical kidney grilles are joined by a new front bumper, with vertical intakes on either corner, which further differentiates the 4 Series from the 3 Series. LED headlights and daytime running lights are fitted as standard, although an upgraded setup using BMW’s Laserlight technology is available as an optional extra.

The 4 Series shares its profile with the 8 Series, with a roofline that tapers down to a small spoiler on the bootlid. The car’s rear is completely different to the 3 Series, too – there’s a new diffuser, fresh dual-exit exhaust tips and larger tail lights, with a unique design. 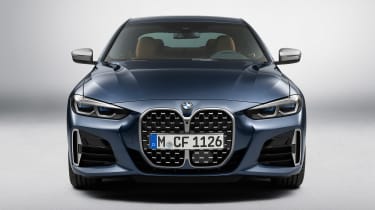 From launch, every version of the 4 Series will come in BMW’s M Sport spec, with plenty of high-gloss trim pieces and a set of lightweight alloy wheels. There’s a range of customisation options to choose from, too, such as an M Performance styling package – allowing the BMW to match the level of personalisation offered by the Audi A5 and Mercedes C-Class Coupe.

The various M Performance parts include a carbon fibre front splitter, carbon fibre trim for the front air intakes, broader side skirts, a more aggressive diffuser, a carbon fibre lip spoiler and a pair of tiny twin canards mounted to the front bumper.

BMW will also offer a set of 20-inch satin black snowflake alloy wheels, a pair of larger exhaust tips, a brace of M Sport badging and an M Performance decal for the car’s flanks. Inside, there’s some fresh carbon fibre trim and a new, Alcantara-trimmed steering wheel with a red centre-line.

Although the exterior is very different to anything else in the BMW line-up, the cabin is more familiar. The new 4 Series shares the same dashboard as the 3 Series, with an 8.8-inch central display is standard, and a partially digitised instrument panel with a 5.1-inch driver information display. 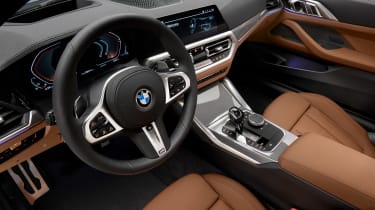 However, buyers can specify BMW’s Live Cockpit Professional package as an optional extra, which comprises a larger, 10.25-inch infotainment system and a 12.3-inch digital gauge cluster. A head-up display is optionally available, while live traffic updates and an intelligent emergency call service are included across the range.

Front sports seats come as standard – and the 4 Series is a strict four-seater, with only a two-seat rear bench. Part-leather upholstery, which is available in a choice of five colours, is also included in the base-price, with full leather trim optional. The rear bench also folds 40:20:40, while boot capacity is 440 litres.

The 4 Series will feature a new engine range, which adopts 48-volt mild-hybrid technology across the diesel line-up, as well as on the range-topping 440i six-cylinder petrol. All 48-volt systems come with a belt-fed starter generator to recoup energy under braking – and this power can then be used to power the car’s 12V electrical system or deployed to assist the combustion engine to help reduce CO2 emissions and boost fuel economy. 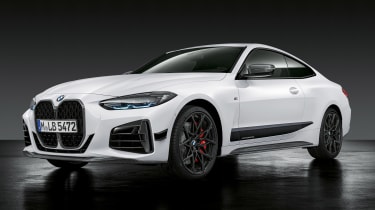 The 4 Series petrol line-up is completed with the £53,875 M440i xDrive, which is powered by a turbocharged 3.0-litre straight-six, which develops 369bhp and 500Nm of torque. The extra performance drops the BMW’s 0–62mph time to just 4.5 seconds, while increasing its top speed to an electronically limited 155mph.

In March 2021, two 3.0-litre diesel options will arrive in the form of the 430d xDrive and M440d xDrive, which boast 282bhp and 335bhp respectively. The latter will do 0-62mph in 4.7 seconds, and is capable of 42.2mpg. Every version of the new 4 Series comes with an eight-speed Steptronic automatic gearbox.

Standard driver-assistance and safety features include front-collision warning, and cruise control with a speed-limiter function. Adaptive cruise control and BMW Driving Assistant Professional, enabling semi-automated driving on motorways, are both available as options 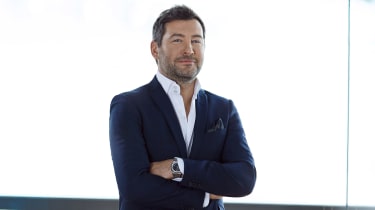 Dukec has been in charge of the BMW brand’s various design teams since April 2019, and has been at BMW for nine years. Previously, he was the chief designer for the M and i divisions of the company.

Q: Can you explain the design of the new 4 Series?

A: “It’s not a car you should understand rationally. It’s irrational. You don’t just have parallel lines, you have treatments which are very central and sculptural, and combine with the low centre of gravity. And then some very iconic and expressive design elements. For example, the kidney grille on this car is very prominent.”

Q: Why did you separate 3 Series and 4 Series even more than before?

A  “We were differentiating 3 and 4 in the last generation and we changed almost every single part. Every part was different on the car, but it didn’t look like it. The proportions were different, but it was almost the same car. But the customers are different. We want a bigger differentiation. We were already spending the money on different tools and parts.”

Q: Can we expect other BMW models to adopt this new look?

A: “The 4 Series now, with this prominent kidney, is something we see just for the 4. It shouldn’t feel like a small 8 Series. Everyone should feel proud about the product they have, and it should feel unique. We do not want to scale a successful car. We did this in the past when we had 3, 5 and 7 very similar, but customers don’t like this today. 7 Series customers complain it looks like a 5, 5 Series customers complain it looks like a 3, and so on. Every single product deserves a unique identity, otherwise you don’t need to make as many products.”

Do you like the look of the new BMW 4 Series? Let us know your thoughts in the comments section... 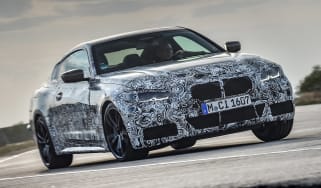 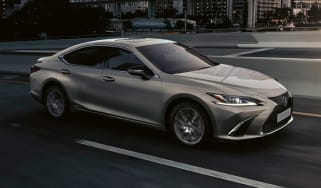 New Lexus ES 300h Premium trim level adds thousands of pounds of extra kit for a minimal outlay over the base model, while extra safety tech is includ…