‘Too many companies are scheming to empty drivers’ pockets’ 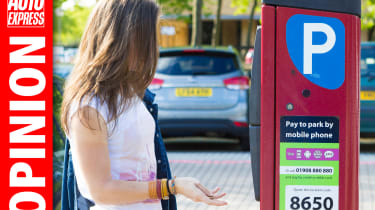 Most seemingly squeaky-clean companies or state-run organisations have been found guilty of no crimes – yet sometimes sail perilously close to the wind when endeavouring to empty the pockets of unsuspecting car drivers.

They push their luck, adopt iffy pricing and charging procedures, use dubious methods to grab every penny they can – or not pay out when they should, which is equally unforgivable. Technically, they’re doing nothing illegal. But that doesn’t make their antics right or morally justifiable, does it?

The latest local authority scam is a perfect example of motorists being hit with charges that aren’t unlawful, but should be. Councils sell ‘residents parking permits’ to households, despite the number of permits available far outweighing the number of parking bays. Illegal, no. Dishonest, yes.

On a related theme, when councils break in-house rules by making their own car park bays too short, isn’t it then attempted robbery (or something similar) to fine a driver whose vehicle inevitably exceeds the footprint of such a bay? And isn’t fining motorists for ‘speeding’ on roads where the limits are inappropriately low (30mph on dual carriageways, for example) another clear example of cynical, state-sponsored highway robbery?

Many private and public car park operators in effect hide their price lists on entry, so they can’t be properly viewed until exit – when it’s too late. Some airport websites make drivers hunt for ages for per-day parking charges then, worse still, surcharge the drivers who have the temerity to park for a maximum 24 hours without previously booking online. So petty, yet so lucrative.

Don’t cross-channel operators understand they create bad will and risk losing previously loyal customers when they in effect fine them for arriving late, or early, for crossings? Haven’t operators of motorway filling stations woken up to the fact that they’re rigorously boycotted by consumers like me who refuse to pay their exorbitantly high, often-hidden prices? Can’t profit-obsessed dealers get it into their greedy heads that there’s something almost obscene about workshop labour charges of £200-plus an hour when a mechanic is paid only a fraction of that? Apparently not.

Final question? While Volkswagen deserves much praise for pricing its world-class, petrol-powered five-door up! from less than £10,000, can it or anyone else offer any justification for the £25,000-plus price tag slapped on the near-identical-looking e-up! fuelled by electricity, rather than unleaded?

I’m only asking. More of us should. More of the time.

Need to cut down on your driving expenditure? Mike explains how to save thousands every year…