What does GTI stand for?

The GTI term has become synonymous with hot hatchbacks and has been a status symbol for decades. But what does GTI actually mean? 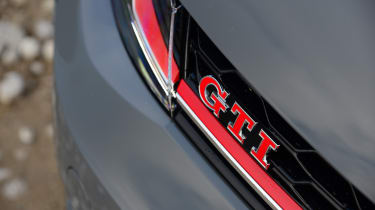 However humble the standard car might be, many manufacturers like to have a high-performance model to complete the range. Some even go as far as creating a performance sub-brand to provide an additional image boost, distance the sporty model from the model on which it is based, and perhaps enable them to charge a little more too. But among all the combinations of letters and numbers that have been applied to high-performance models over the years, GTI is the one with the most longevity.

What does GTI stand for?

The first use of the term GTI is credited to Maserati and its 3500 GTI from 1960. In its original Italian the initialism stands for Gran Turismo Iniezione, translated it means Grand Touring Injection.

Grand Touring cars were designed to offer performance and handling similar to sports cars of the period but combined with comfort, luggage space and the ability to cover long distances with ease. Notable examples of GT cars from the past are the Jaguar E-Type, the Ferrari 250 GTO and the Aston Martin DB5, and these were typically front-engined rather than mid-engined to create space for passengers and luggage.

The ‘Injection’ part of the name became a feature from the late 1950s as fuel injection came into use as a superior alternative to carburetors. Beginning with mechanical fuel injection on cars such as the Mercedes-Benz 300L and then latterly electronic fuel injection in the 1960s, fuel injection boosted power and efficiency and was used as a selling point - hence the addition of the letter ‘I” on premium performance models.

Birth of the modern GTI

More recently the term GTI is associated with hot hatchbacks, and the first generally-acknowledged example of the breed is the MkI Golf GTI from 1976. In many ways the first Golf GTI followed on from the GT cars of the 1950s and 1960s; it offered performance and handling equivalent to contemporary sports cars but still had plenty of space for passengers and luggage, and was no more demanding to drive than the regular car. It also represented good value compared to bespoke sports cars, and the Golf GTI was a hit. 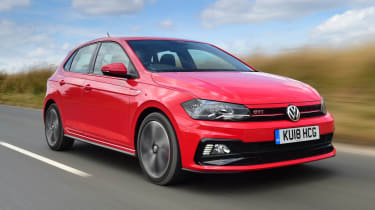 Soon after other manufacturers followed suit. Peugeot had a long-running series of popular GTI models including the 205 GTI, 106 GTI and 309 GTI, while Citroen, Toyota, Nissan, Suzuki, Rover and even Proton had GTI models on sale over the years. Volkswagen expanded its GTI offerings to include the Lupo, Polo and Up!,  and even though key rival Ford had its own popular XR and RS performance models it too offered its Escort in GTI form.