He's known for his speed, but can F1 legend Nigel Mansell teach our man some advanced driving tips? 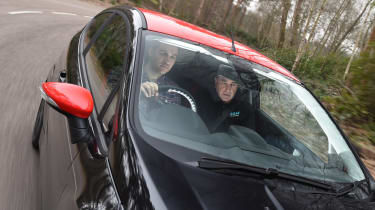 In a bid to become safer and more conscientious behind the wheel, we proposed a series of seemingly modest tasks – ranging from a basic turn in the road to the dreaded parallel parking manoeuvre. As I cover thousands of miles each year, these should be relatively straightforward, right?

Mansell lives on Jersey with his wife and children, running the island’s sole Mitsubishi dealer – a business he started back in 2013. Driving is still a big part of his life, too; he owns a number of modern and classic cars, including a snarling V8-powered Audi RS6 Avant. But he also serves as an advocate of advanced driver training; something he does through his role with IAM RoadSmart. 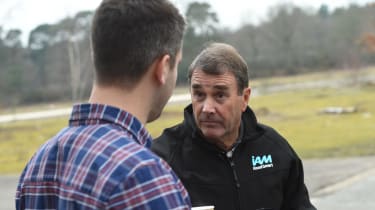 “Advanced driving is something each and every motorist can benefit from,” Mansell told us. “It’s not about being superior to others; it’s about getting enjoyment from the simple task of an average everyday drive.

“It’s about turning the mundane into a pleasure – and not a burden or a cause of stress.” With that in mind, I set out on my series of challenges, with Mansell watching how I did to see if I could improve my driving.

Task one was a seemingly unassuming turn in the road. As I was doing this on a closed test track, I didn’t need to worry about children jumping into the traffic or oncoming vehicles on the wrong side of the road – but for consistency, Mansell insisted I consider every eventuality. 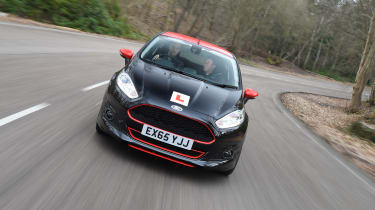 “It’s about looking after the safety of yourself, your passengers and everyone around you to create a feeling of wellbeing for all drivers on the road,” he told me.

So before I kicked off, Mansell suggested I walk round the car to make note of any potential damage or causes for concern. Luckily, my brand-new Ford Fiesta was freshly serviced, with plenty of tread left on all four tyres. A quick brake and steering check, and I was good to go.

I immediately gave the three-point turn a try in a quiet corner of the test facility. Slow, right hand down, into reverse, mirrors and back out. Simple as that, right? Not quite. “First you need to check your mirrors before stopping,” Mansell explained. “Always indicate, too. And that’s before you even begin to make the turn in the road.” 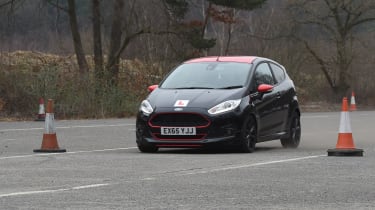 I was learning from the best, but if there was ever a way to put someone firmly back in their box, thiswas it. An ex-F1 world champion had just dissected my artless turn in the road, and made it crystal clear that there was room for improvement.

• Worst roads in the UK: our most dangerous road trip

Currently, IAM RoadSmart has over 92,000 members, all of whom have completed their Advanced Driving Test. The pass rate is an impressive 84 per cent, and on average around 6,500 people commit to the exam each year.

But this was not a way of sapping confidence, and nor is any of IAM RoadSmart’s superior training. The aim was to hone my skills and make me more competent and more aware. Onwards and upwards. Round two… 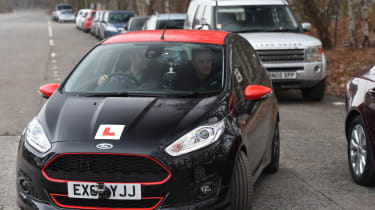 Approach, mirrors, signal, stop. More mirrors, more indication and a slow turn to the right, actively observing the four corners of the car to ensure all hazards were covered. All this before I’d even considered backing up to complete the manoeuvre. But I was soon out the other side and Mansell even slipped in a compliment: “Excellent,” he said. “How much better was that?”

He was right. What felt like an instinctive task had effectively ended in failure first time around. But with a few simple pointers, I’d improved ten fold.

IAM RoadSmart standards compliance manager Richard Gladman had taken a seat in the back, too, and was on hand to echo Mansell’s words as we headed back to the start point. “Everyone has the potential to be a better driver,” Gladman explained. “Be it a world champion, business commuter or occasional weekend motorist. And being a better driver isn’t just about being safer. It’s about enjoying it more, too. As you showed, a series of little changes can make the world of difference to making your drive safer, and something a little special.” 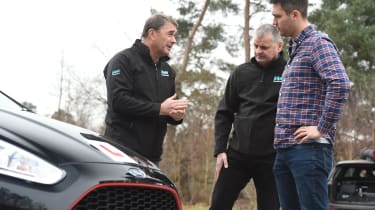 It certainly felt special to be coached by one of the greatest racing drivers Britain has ever produced – even if he was watching my every move.

Following my perfected three-point turn, I tried a few more driving test basics like reversing arounda corner and parallel parking. The kind of stuff Mansell does with his eyes closed. Surprisingly, however, it all came together like I was 17 again, with only a few remarks from the former F1 champ.

After I ticked the sensible box, I upped the ante and committed myself to a tight and twisting slalom course, followed by a 60mph high-speed braking scenario. Again, with a bit of tuition, I learnt to perfect each exercise with little more than a few pointers to ensure safer, more considered driving. 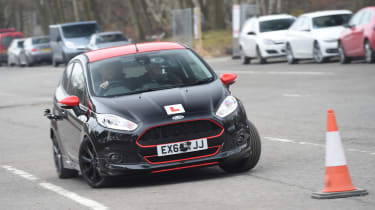 Yet before I finished, I couldn’t resist suggesting a quick J-turn. It wouldn’t be right to go home withoutlearning some safe but evasive driving manoeuvres.

Happily, Mansell obliged, although strangely he wasn’t prepared to comment on how you’d improve it driving down your local high street on a Saturday afternoon…