All the action from this year's biggest UK new car event, including debuts from MG, McLaren and Infiniti 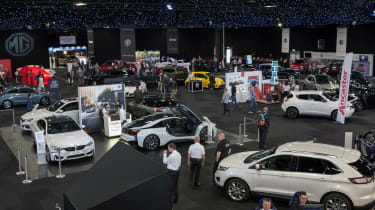 The 2016 London Motor Show brought some of the latest models from the world's top car brands to Battersea Park, and we were on hand to bring you an overview of the most significant and eye-catching cars at the show.

The UK has been without its own dedicated automotive showcase since 2008, but organisers of the revamped London Motor Show secured backing from 35 different car brands, including Aston Martin, Rolls-Royce, Ford, Nissan, Jaguar, Land Rover and BMW. 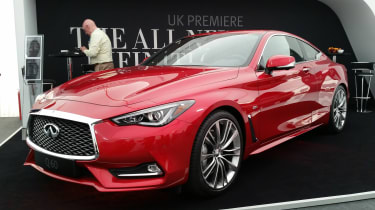 Over the three days (6-8 May 2016) at Battersea Evolution Centre, 130 models were on display from superminis to supercars. There were also several UK debuts at the show with the list headlined by MG’s first SUV – the GS. The £154,000 McLaren 570GT also put in its first public appearance on these shores and the Infiniti Q60 was on display for the first time in the UK too, along with the striking Kahn Vengeance supercar.

Also at the show - but unfortunately under a cloth - was a full size model of the new TVR sports car. Company boss Les Edgar revealed further details of the Cosworth V8-powered car at a press conference but refused to reveal the car to the media. 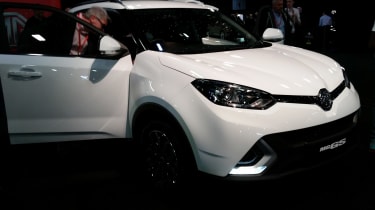 As well as other new models available to test drive, there was a display of innovative vehicles showcasing motoring’s exciting future. Among these was the Riversimple RASA – the Welsh-built two-seater hydrogen powered car. From the other end of the scale there was also a replica of the 1,000mph Bloodhound SSC land speed record car.

Away from the cars, the London Motor Show had a lecture theatre with daily talks from high-profile speakers, such as Sir Stirling Moss, Tiff Needell and Nigel Mansell. There were book signings, too, plus the chance to sit alongside some of these motorsport heroes on test drives.

A live demo of autonomous emergency braking was another of the unique events taking place at the London Motor Show. The Stop The Crash zone will offer visitors the chance to experience the benefits of AEB in a controlled real-world scenario and see the effects tyre tread depth can have on braking performance. 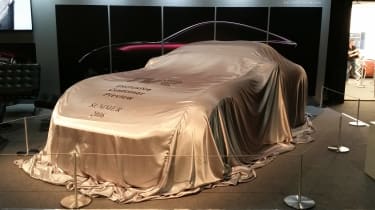 Speaking at the event, Stephen Maitland-Oxley, London Motor Show events director, said: “We’re thrilled to have The London Motor Show in the capital. It’s a hugely exciting time for everyone in the automotive industry and there’s an exciting buzz amongst all the exhibitors.

“For visitors, there’s something for everyone; as well as admiring the latest cars and listening to inspiring guest speakers, there’s a huge range of activities available for children and the whole family to enjoy – making this a must-attend event for all.”

What were the star cars of the London Motor Show for you? Let us know in the comments below...