Incredible cars and prices at the 2016 Monterey car auction

RM Sotheby's 2016 Monterey Auction had a catalogue to make any car fan go weak in the wallet. Take a look... 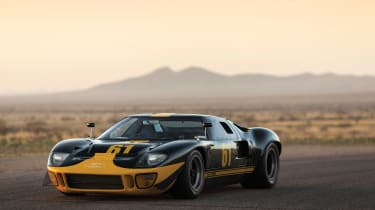 Another year, and another spectacular weekend for the super-rich car lover. RM Sotheby’s auction house is well-known for selling glorious cars to those with the money to buy them. In fact, six of the ten most expensive cars ever auctioned were sold through RM Sothebys and two we sold at the firm's 2016 Monterey car auction last weekend.

The RM Sotheby’s Monterey auction is held during Monterey Car Week, which also includes the Pebble Beach Concours d’Elegance and a number of other exclusive car shows and auctions. The Monterey classic car auction regularly attracts the wealthiest figures in the classic car collecting world and in 2015 the sale raked in almost $173 million.

Soon we’ll find out if the 2016 sale has beaten that sum but what we do know is that the original Le Mans winning 1955 Jaguar D-Type sold for nearly $22m and a 1939 Alfa Romeo 8C made just under $20m, the two cars becoming the 7th and 8th most expensive cars of all-time respectively. Another highlight was the first ever Shelby Cobra which sold for $13.75m to become the most expensive American car ever sold at auction.

All kinds of cars get sold at the RM Sotheby’s Monterey auction, from pristine classic economy cars to stunning sports cars, modern supercars to the best super-rare barn finds. Almost everything has a history, and as such commands spectacular asking prices. We weren't quite up to bringing you the full auction catalogue, but you can view a few choice examples below. 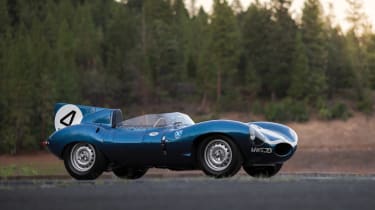 Coming in at seventh place on the list of the most expensive cars ever sold, this glorious Jaguar D-Type sold for over $21m. It was definitely worth it – the first D-Type ever made, it’s also the only Le Mans-winning example that’s survived in its original form. RM Sotheby’s catalogue describes it as one of the most important and valuable Jaguars in the world. 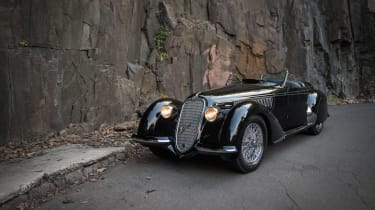 With an auction price of $19,800,000, you can be sure this gorgeous Alfa convertible went to a loving home. It’s one of only 12 Touring Spiders made, and has been comprehensively researched to give it a definitive history. Add in the 2.9-litre dual-supercharged straight-eight, and you have a recipe for success – and mega millions. 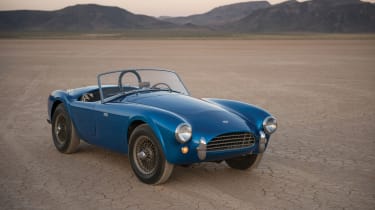 Chassis number CSX 2000 is special for one reason - it's the first Shelby Cobra ever made, and never left Caroll Shelby's ownership until his death. That makes it incredibly rare - and this was cemented when it sold for a staggering $13.75m at auction. It's the most expensive American car ever sold, and was one of several from the 'Carroll Hall Shelby Trust'.

Fast Fords have always been collectors items, and the six on offer from the Jim Click Collection all have racing pedigree to back them up. Two Shelby Cobras both have racing history, with one being maintained by the legendary Don Roberts. 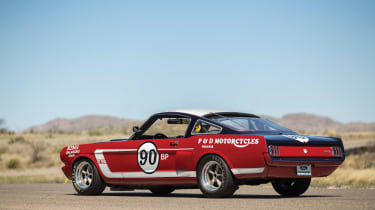 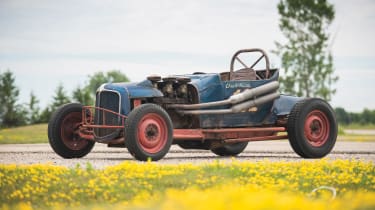 Many a race car was built on the chassis of the Ford Model T, and this is a particularly special example. Most of these track roadsters were discarded but this one lives on. It’s based on a mishmash of Model T components, with plenty of bespoke touches. Custom built by Tommy Garland of Buellton, California, it raced across America, with future Indycar driver Chuck Hulsey apparently having a go at the wheel. 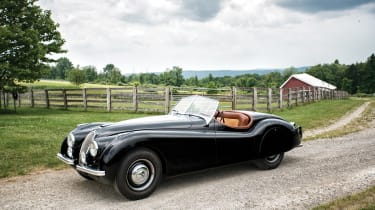 Freshly restored and spectacularly beautiful, this XK 120 was the forerunner to the iconic E-Type and modern-day F-Type.  This particular example was delivered to Jaguar in Brussels, before being raced at Bridgehampton in the USA in the 1960s. It’s a matching-numbers car – sought after – and comes with a stack of documentation proving its worth. 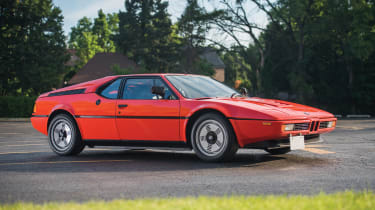 Has there ever been another M car to match the original? The M1 is everything a supercar should be – stylish, rakish, powerful, and exclusive. This particular car has been stored in a museum and thanks to that the odometer shows just 8,000 kilometres. It could be the best M1 currently in existence! 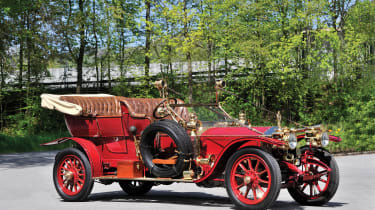 The original luxury car, early publications described the 40/50 HP Rolls Royce as ‘the best car in the world’. It merited the title, too, with a silky smooth straight-six engine and legendary reliability. This model is an early ‘parallel bonnet’ model, perfectly restored and has been kept in several private collections. 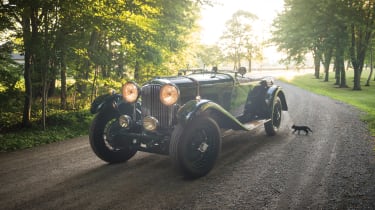 A stunning example, this Bentley 8-litre Tourer would, in its day, have been a real supercar. With performance that could embarrass a few modern cars, this example is complete with stacks of history relating to its five previous owners. 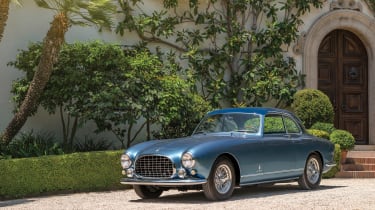 We’ll give you a few seconds just to admire the picture. This stunningly beautiful Ferrari was styled by Pinin Farina, and has spent its entire life being shown off – first at the Ferrari Factory, then the Turin Motor Show, and then Concours events with its next owners. It’s reportedly the first car ever to score 100 points at the Pebble Beach Concours, too. 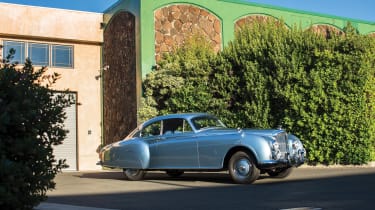 The exceptional thing about this car is its rarity – it’s one of only 207 ever made, one of 43 left-hand drive models, and one of only nine left-hand-drive models fitted with a Cadillac automatic gearbox. Thanks to a higher final drive ratio, these automatic models were the fastest of the R-Types. 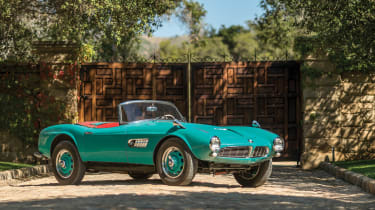 With just four owners over its lifetime, the stunning 507 roadster is one of the most iconic BMWs around – designed to compete with the likes of the Porsche 356 Speedster and Mercedes-Benz 300 SL. This particular car retains its original engine and interior, while the exterior shows the result of decades of careful and loving use. 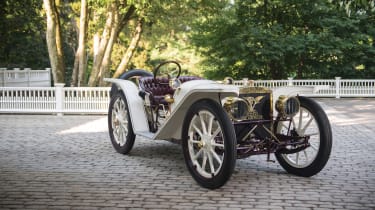 While the overall design makes this unmistakeably a veteran car, the proportions seem far too low and sleek – and that’s due to the ‘underslung’ nature of this car, where the vital components fit between and dip under the axles, rather than sitting on the top of them. Consider this America’s first sports car and you won’t be far wrong. 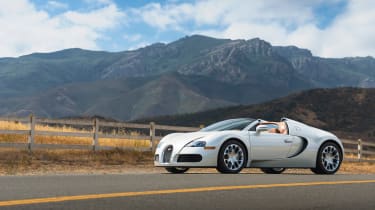 Prefer modern cars? You could get your hands on a single-owner 2012 Bugatti Veyron Grand Sport. With just 1,100 miles on the clock (having been used only for promo purposes) it could be like stepping into a new car – though be prepared for some smug glances from anybody who’s already upgraded to a Chiron… 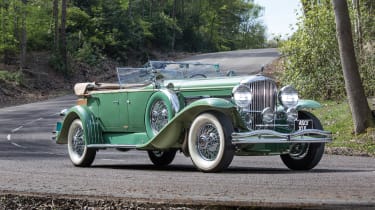 Described as ‘the most desirable and beautiful body style on the Model J chassis’, it’s one of just 8 open-top phaetons originally built and has already been given top honours from the Auburn Cord Duesenberg Club. 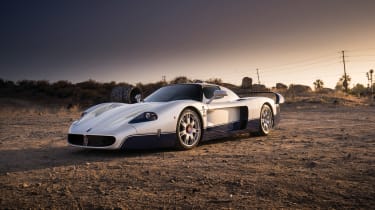 Finally, among several Maseratis in the catalogue the most stunning has to be the 2005 MC12. Sharing many mechanicals with the Ferrari Enzo, the MC12 saw considerable success in GT and GT1 racing. This example has rarely seen a track though, as it was purchased new for the Riverside International Automotive museum.

You can check out the rest of the lots for sale here. Which would you have chosen? Let us know in the comments below...