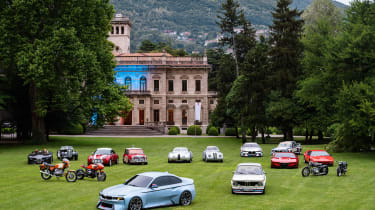 BMW has been producing Hommage vehicles since 1997 – stunning one-off concepts which celebrate milestones in the brand’s history. They look back to the past while keeping the technology firmly rooted in the future.

The latest of the brand’s creations is the fantastic 2002 Hommage, and in BMW’s centenary year the company has brought together all eight of its previous Hommage vehicles to the Concorso d’Eleganza Villa D’Este 2016.

The exhibition is part of BMW’s ‘The Next 100 Years’ campaign, which also produced the centenary edition of the 7 Series. This marks the first time all the cars have been exhibited together, with BMW saying that the vehicles connect the company’s past with its future. 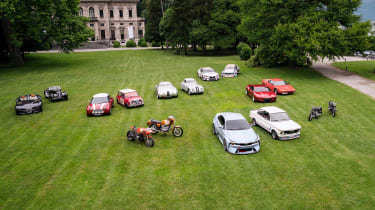 “With our Hommage vehicles we’re showing how proud we are of our roots – and, at the same time, how significant our history can be for our future,” says Senior Vice President of Design at BMW, Adrian van Hooydonk. “The Hommage vehicles bring their unique character into the present day – both technically and in terms of design.”

Scroll down for more information on BMW’s Hommage cars – from the 1997 Mini ACV right up to the present day and the 2002 Hommage... 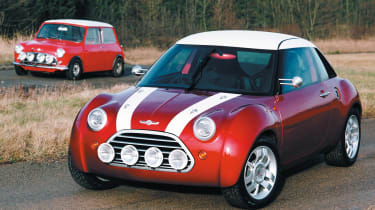 Before BMW began producing the new MINI in 2001, concerned fans of the brand needed reassurance that the company would retain the quintessential MINI DNA. The MINI ACV (Anniversary Concept Vehicle) looked every bit the modern MINI, with a classic radiator grille and Monte Carlo-style headlights and light bar. Impressively, many of the styling cues went on to feature on the ‘standard’ MINI hatch – albeit in a more practical, four-seater hatchback form. 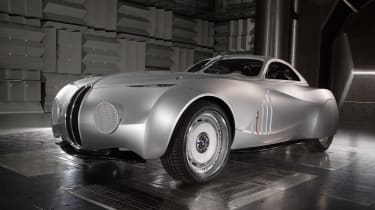 A throwback to BMW’s Mille Miglia Touring Coupe of 1940, the Concept Coupe Mille Miglia commemorates the brand’s involvement with the classic road races. Underneath the stunning carbon-fibre bodywork lies the chassis and drivetrain of the BMW Z4 Coupe, so the concept went as well as it looked – but sadly there was never any chance of a production version. 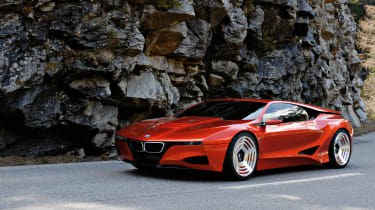 The first time the ‘Hommage’ name showed up was on the M1 Hommage, which was unveiled in 2008 to mark the 30th birthday of the BMW M1. There are shades of the i8 about this spectacular concept, though other styling details are straight from the M1 – including the BMW badge placed above the rear lights. The Hommage name would go on to appear on every new concept of this type. 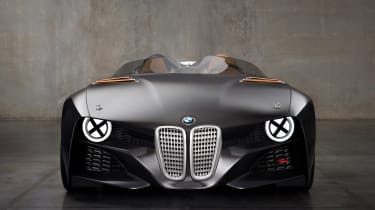 Commemorating the 75th birthday of the BMW 328 racing car, the 328 Hommage marked BMW’s first foray into the world of carbon fibre-reinforced plastic, which went on to be used to great effect in the i3 and i8 models. The 328 Hommage incorporates the usual BMW design elements such as the double kidney grille, and with a 3.0-litre straight-six engine it likely had the performance credentials to match. 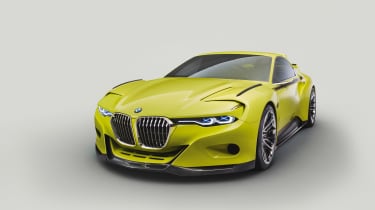 With its outlandish styling and massive rear wing, the 3.0 CSL Hommage unashamedly conjures up the past in the form of the CSL ‘Batmobile’ Coupe. The curvy body sits atop 4 Series running gear and actually follows a fairly sane formula – cutting back on everything non-essential to leave the bare essentials necessary for racing. This is one we’d love to see put into production. 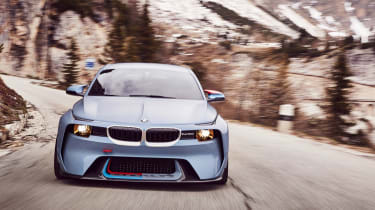 Taking the 2 Series and winding the clock back landed BMW firmly at the door of the 2002 – one of the company’s greatest small, fast cars, and one of the cars credited with turning the company into the popular premium manufacturer it is today. Thanks to M2 running gear, the 2002 Hommage retains a lot of that car, including the windows and roof, but also harks back to the original 2002 with wide-set headlights and an oversized bodykit.

Which of these stunning concepts is your favorite? Let us know in the comments below...