"We have much to look forward to from our homegrown carmakers"

It's not like the seventies anymore; UK car makers are in rude health and there's lots more to come, says Graham Hope 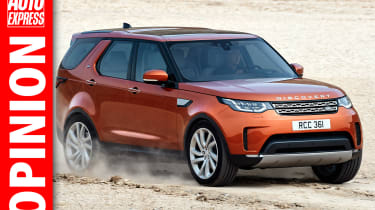 Exactly 40 years ago I had my first exposure to the British car industry. As a young boy watching the news on TV the name British Leyland cropped up repeatedly during the course of 1977. I didn’t fully understand what was going on, but it was clear the doomed company had problems aplenty.

Fast forward four decades and the contrast is stark. As we enter 2017, UK car makers are generally in rude health; few could have predicted how positive things would be now in the dark days of the seventies.

And what a bright outlook there is for the next 12 months. For a start, the juggernaut that is Jaguar Land Rover is set to continue its significant growth in recent years with some great new cars. The new Discovery looks set to be a smash hit, while the I-Pace provides a stylish, intriguing glimpse of Jag’s electric future. I’d imagine, too, we’ll see something of the new Defender in 2017; it’s about time that project gained some momentum.

• "The UK remains a great place to build cars"

Britain’s domination at the more exclusive end of the market is also set to continue. We’ll see more of Rolls-Royce’s Cullinan SUV in 2017, while the Bentayga will doubtless attract more new buyers to Bentley. And Aston Martin’s rejuvenation under Andy Palmer will gather even more pace.

Vauxhall is back on form, too, with the genuinely stylish new Insignia, while expect MINI’s sales to grow further with the arrival of the new Countryman.

Of course, there are one or two concerns. Lotus, despite continuing to make thrilling versions of its existing models, really needs to build something new. And while we wish MG well, it seems a rather puzzling shadow of its former self in its current form.

All in all, though, things are pretty rosy. Let’s hope the Government doesn’t allow the big variable of 2017 – our Brexit negotiations – to upset the applecart.

What do you think about the UK's future in the car industry? Let us know below...