Manual vs automatic gearboxes - which should you choose?

Would you rather change gears, or let the car do the job for you? There's much to consider when choosing manual or automatic gearboxes 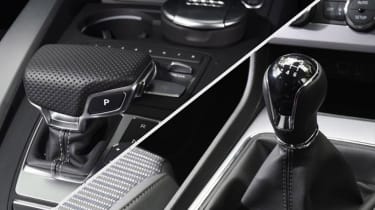 When it comes to manual and automatic gearboxes, have you ever wondered what's the best choice for you? A manual is the default option for most cars, as an automatic gearbox costs extra on the majority of regular cars, only becoming standard on higher-end executive models and some sports cars.

But not everybody wants a manual gearbox, so when should you shell out more money on an automatic model? The first thing you need to do is determine the kind of driving that you do to see what gearbox suits your needs. Do you drive a lot in stop-start traffic? Do you just drive as a means to an end with out much thought to enjoying the process of getting to where you're going? Or are you an enthusiast who loves nothing better than a well judged manual downshift? Our guide will help you decide which type of gearbox is the best choice for you. 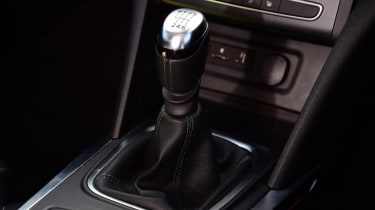 Pros: Involving to use, more efficient than a conventional auto, cheaper to buyCons: More physical effort needed, a chore in stop-start traffic, lack of mechanical sympathy may cause damage

For some driving enthusiasts, only a manual gearbox will do. The mechanical 'connection' that you experience when shifting through the gears is satisfying in itself, and adds a layer of involvement that you just don't get from an auto. The physicality of grabbing the gearknob, the skill of disengaging and re-engaging the clutch at the right time, the blipping of the throttle to match revs on each downshift, the mechanics of the linkage connecting the transmission directly to the driver's hand, all of this is part and parcel of what makes the driving experience of many manual cars so engaging.

Of course, that's all well and good if you enjoy driving, but if you own a car just to get from A to B and don't really care about the journey in between, the effort of using a manual can just be a chore. If you do most of your driving in town, then this effort could simply be too much in stop-start traffic. And if you're not really concentrating on what you're doing, you could stall your car at best, possibly cause damage to the clutch or gearbox itself at worst.

New drivers could find the effort of using a manual car too much to be bothered with. If you've just passed your test, you're likely to lack confidence behind the wheel, and in that case, having to manage the gears while also concentrating on your surroundings and other road users could knock your confidence. There's the ever-present risk of stalling, and there's nothing worse than entering a roundabout in too high a gear only to gracelessly pogo around at low speed before finding the right cog.

While the DVLA offers an automatic-only driving test, we'd strongly recommend doing the full manual test instead. It may be that little bit tougher, but it means you won't be restricted in terms of the kind of car you can drive. There's nothing stopping you from exclusively driving autos for the rest of your motoring life, it's just that you'll be able to drive a manual if the need arises.

It’s not really the case on the UK but one surprising side-effect of owning a manual car in some countries is that it could be a potential theft deterrent. In many countries auto gearboxes are the norm - the USA, for example - and if a thief can't drive 'stick', as it's sometimes known, then they could well bypass a manual car for one that has a self-shifter. 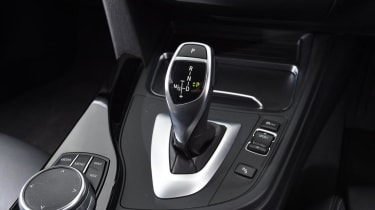 Pros: Simple to use, smooth gearchanges, relaxing to driveCons: Poorer fuel efficiency/performance, more expensive to buy, not much fun to be had

There are a variety of different automatic gearbox types, but the conventional auto uses a device called a torque convertor to transfer engine power to the road. This hydraulic system eliminates the clutch and manages gearchanges by itself, although usually there are fewer gears for it to work with. It's easy enough to operate, but the way that these traditional auto boxes change gear means they're not designed with focused driving in mind.

These kinds of autos are best left to their own devices so they can manage power delivery according to demand, and that means the cars they're fitted to are better suited to relaxed cruising, rather than twisting roads. The same can be said for the continually variable transmission (CVT), which again manages engine power and gear speed in a way that means driver involvement is limited.

The main advantage of a CVT gearbox over a traditional torque converter is its usually superior fuel efficiency, although both these types of automatic have issues when it comes to economy. Compare an auto and a manual fitted to the same engine, and you'll invariably find that the manual is more efficient, as the auto gearbox relies on engine power to shift gears. You'll also be paying more for an auto box, typically where you have the choice of a manual or an auto, you can expect to pay around £1,000 extra for the automatic.

At least an auto is easier to drive. There's no clutch pedal to worry about, so stop-start traffic is easier to deal with, while new drivers won't have to be scared about stalling or being in the wrong gear, because an auto is always engaged, even at a standstill. 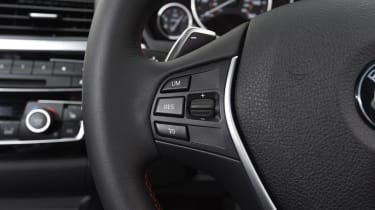 Pros: Smooth shifts, can be more efficient than a manual, adds involvementCons: Still not as engaging as a manual, complex design means potential for costly repairs

There is an 'in-between' option when it comes to automatic gearboxes, and it goes some way to reintroducing driver involvement to the mix. The twin-clutch auto, colloquially known as DCT and found under brand names such as DSG from VW, Porsche's PDK and PowerShift from Ford, is different from a regular auto because it still uses a clutch system. However, the clutch pedal is removed in favour of electronic control, either by the car's software, or by the driver via a simple back-and-forth gearlever or steering wheel paddles.

The twin-clutch system does what it says on the tin, because it uses two clutches to select gears, one for the current gear engaged, while the other pre-selects the next gear to be used. The latest systems are advanced enough to cope with large torque outputs, and sports car makers such as Ferrari and McLaren exclusively use twin-clutch technology on their cars as it can be directly linked with their motorsport programmes.

On regular cars, a twin-clutch gearbox will have just as many gears as a manual, sometimes more, and it will deliver faster, smoother shifts than a manual, too. Because the electronics are controlling the gearbox, it will also select the optimum gear for any situation, therefore optimising fuel economy. Indeed, look at the claimed consumption figures of an engine that comes with either a manual or twin-clutch auto, and you'll usually find the latter will be as good as, if not better, than the manual. Sometimes a twin-clutch gearbox will have stop-start fitted as standard, while the latest systems won't re-engage until the driver presses the accelerator.

If you like a sporty drive, then many twin-clutch gearboxes have a sport mode that means the electronics hold on to gears for longer. Alternatively, you can often select a full manual mode to take control yourself. Some cars use a gearlever for this which shifts back and forth through the gears, a bit like a motorcycle's foot-operated gear selector, while steering wheel paddles add another level of involvement. The best paddleshift-equipped cars feature large, high quality paddles mounted to the steering column or the wheel itself, and offer an experience that's similar to many of the latest racing cars. In addition, many sports cars with twin-clutch gearboxes will also come with launch control, enabling you to perform rapid standing starts if you're taking part in a track day.

The downsides of a twin-clutch gearbox are the initial outlay - depending on the brand, you could pay around £1,500 for one over a manual - and the potential for expensive repairs should it go wrong. There's a lot of advanced electronics that control the gearbox, and the twin-clutch set-up means there's twice the risk of clutch pack failure. However, there's no doubt that the twin-clutch gearbox is no less reliable than a manual or conventional auto, and on a new car any repairs will be covered by the standard manufacturer warranty.

So which gearbox is right for you?

If you're passionate about driving, you'll want to take full control, and the best way to do this is still with a manual gearbox and clutch. But if you do a lot of town driving and just want to relax at the wheel, an auto is the better choice. In many ways, a twin-clutch semi-automatic offers the best of both worlds, allowing you to take manual control when you want. while letting the electronics do all the work when you're taking it easy. In the end, it will largely be a personal choice depending on the type of car and the type of driving you do. Just make sure you examine the pros and cons of each option before taking the plunge.

Which gearbox do you prefer? Manual or automatic? Let us know below...