The Japanese car maker will build 500 units of the WRX STi Type RA, but they won’t be sold in the UK 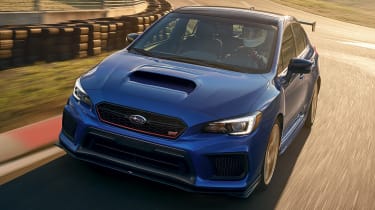 Subaru has revealed two new limited edition performance models that will be limited to 500 units each when they go on sale in early 2018, but not in Britain – both cars will be sold on the US market only.

The hot new pair consists of tuned versions of the WRX STI and the BRZ Coupe, both receiving sporty styling tweaks and changes under the skin to extract extra performance.

The new WRX STI Type RA receives the bigger makeover compared to the standard model it’s based on. 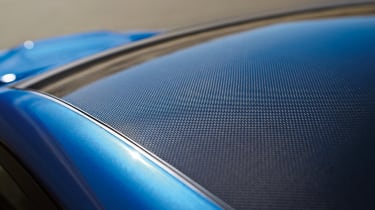 The ‘RA’ badge stands for ‘Record Attempt’, and it’s a designation that has been applied to Subarus of the past. In 1989 the Subaru Legacy wore an RA badge to celebrate setting a new FIA World Speed Endurance record, while the RA badge has appeared on the WRX STI before, though on stripped out, lightweight versions ready for rallying.

For this car, the RA badging is in reference to the special ‘NBR’ racing version of the WRX STI that will attempt to set a new Nurburgring lap record for a 4-door car this summer. Additional power, weight reduction, suspension tweaks and new styling and aerodynamics are all part of the package.

To save weight, the WRX STI Type RA features a carbon fibre roof and rear wing. It rides on lightweight 19-inch wheels, while the spare tyre has been removed too.

Under the bonnet sits the same 2.5-litre turbocharged four-cylinder boxer motor as before, but power has been increased to 306bhp. It makes use of a new cold air intake alongside a new exhaust system, and more power is extracted via a tuned ECU system and stronger pistons. 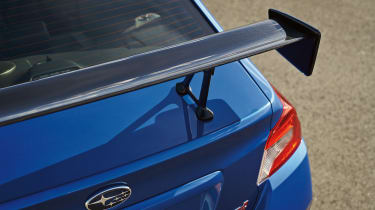 Subaru says handling has been upgraded thanks to revised suspension featuring inverted front struts and rear double wishbone suspension with new Bilstein dampers. The brakes are from Brembo, and feature new cross-drilled rotors.

On the outside, the WRX STI Type RA gets a new rear apron and a new front splitter, plus exclusive Type RS badging. In the cabin, Recaro sports seats and red contrasting stitching are found, alongside a plaque mounted on the centre console with each car’s production number. US prices have not been revealed.

Are you disappointed that the Subaru WRX STi Type RA won’t be coming to Britain? Let us know in the comments...