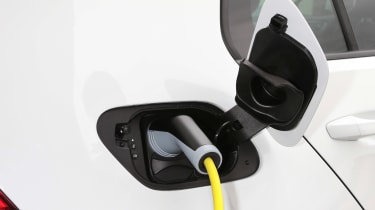 Car manufacturers looking to sell in China could face new rules that require eight per cent of all vehicles sold to be electric as early as next year.

A draft piece of legislation, shown to automotive executives at April’s Shanghai Motor Show, is said to contain a new clause for a quota that would require as much as eight per cent of vehicles sold in China to be EVs by 2018.

Car makers who miss the sales targets would be forced to buy “credits” from their competitors – likely to be domestic producers –  who have either met or exceeded the Government mandated target.

The quotas would favour domestic Chinese producers such as BYD and BAIC which are the largest EV sellers in China and enjoy subsidies from the Chinese Government. Foreign car makers with no hybrid or EV models could end up paying pricey penalties to Chinese car makers as a result of the quota. With the Chinese market already hugely important to many European car brands and likely to be come more so in future, any new legislation could have a major impact in shaping product development strategies and the make-up of model ranges in years to come.

However, car makers say they are ready for the challenge. BMW - which currently has the electric i3 and i8 as well as plug-in versions of the 3 Series and the 5 Series has already said it would be prepared to meet the Chinese Government's targets. Speaking to the Financial Times, Ian Robertson, a member of BMW's board said: "It’s early days – and how [the rules[ are implemented remains to be seen."

Jochem Heizmann, Volkswagen China’s chief executive, said the company was working to produce EVs in China next year alongside Chinese carmaker Anhui Jianghuai Automobile (JAC Motors) and was looking to meet the quotas without resulting to buying the expensive credits.

Heizmann said: “We are fully with all forces working to be able to fulfil this quota system next year.”

Would a similar sales quota boost EV uptake in the UK? Tell us your thoughts in the comments below...