Best of the rest at the 2016 Geneva Motor Show

After all of the official unveils and press conferences, we take a look at the stuff you might have missed at the 2016 Geneva Motor Show 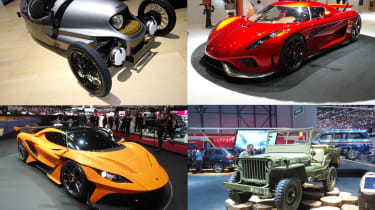 The 2016 Geneva Motor Show saw world and European debuts of countless new cars that will be on driveways and in car parks near you in the next few years. Along with the show-stealing supercars like the new Aston Martin DB11 and Bugatti Chiron, Skoda’s foray into the 7-seat SUV market with its VisionS and Volvo’s V90 estate, there were many, many other cars you might have missed.

While the Auto Express team reported in depth on the biggest launches and important new cars, it’s always worth a look at what else the Geneva Motor Show had to offer.

The Geneva show is an opportunity for lesser-known manufacturers, tuning companies and parts suppliers to show off the latest tech developments and any future models that they might have in the works. In fact, a huge amount of the Palexpo conference centre floor space is devoted to these smaller scale operations, while an entire hall is reserved only for Swiss car infrastructure and parts companies (we didn't go in there).

In recognition of the array of wonderful and weird cars that often don't get their share of the Geneva spotlight, we’ve put together a gallery of the 'best of the rest'. You'll find everything from an electric Morgan three-wheeler to restored classic Mercedes models and a motorbike fitted with a Maserati V8! The gallery has all of the information relating to each individual car we spotted, from the serious technological experiments to the downright silly! Just click through the gallery for the other Geneva Motor Show experience...

Best of the rest at the 2016 Geneva Motor Show 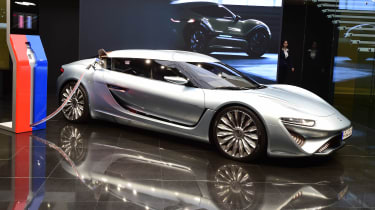